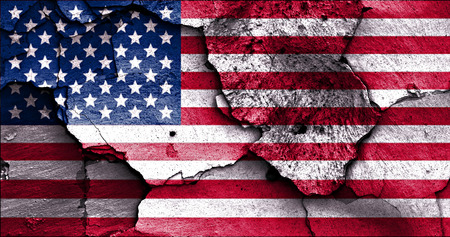 America today has a fundamentally flawed outlook on “greatness”. It’s directly tied to money, but apparently not to human decency. A strong middle class is part of the vision for American greatness on which we all agree. But why is half the country deluding itself into believing that the way forward is by going backward?

Coal and fossil fuels cannot be the future when it has been determined globally that their use hurts the environment. You hear it over and over that it’s technology that has taken jobs, and that anyone with an internet connection can hire anyone they choose anywhere in the world. Bringing low wage manufacturing jobs back to America would mean we’d need more illegal immigrants to do the work, not less, because the folks complaining about the lack of work won’t do the menial jobs anyway, and they are the ones who shop at Walmart for the cheap, foreign-made necessities too!

On the humanitarian side, if America pulls out of the places it supports in the world, its diminished presence will mean diminished influence, ergo diminished greatness. In America, racism will never become standard fare again. There are too many enlightened white folks for the ignorant supremacists to retake a nationwide majority. To those who point out that the racists “won” the election, I would point out that they did NOT win the popular vote so there are in fact millions less of them in our country.

Hillary said on the campaign trail “America is great because America is good”. I believed her then and because the popular vote continues to grow in her favor, I still believe her.

America needs to innovate and critically think its way forward. It needs to invest in education and energy independence, not strip federal support of the departments that foster them. The electorate clearly does not realize this, but if all goes according to the track we seem to be on, the next four years could set America back more than twenty.

I’m still on the lookout for a silver lining within the new government. If you know of one, please share it with me @calibethompson on facebook.