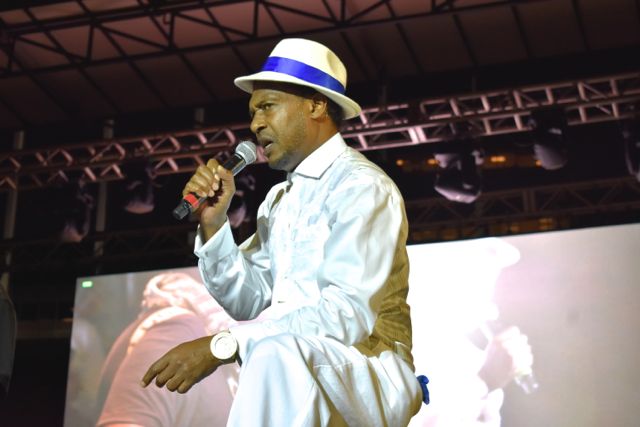 In celebration of its 13th year, the 2019 Best of the Best music festival in Miami’s Bayfront Park was an all-island Caribbean gathering that featured not only a stacked line-up of both 90’s and modern day era dancehall and reggae favorites, but also flavorful food and drink straight from the West Indian diaspora.  Held annually over Memorial Day Weekend, the Best of the Best Music Concert is North America’s largest.  This year’s show organizers—such as concert co-founder, Jabba, from New York City’s Hot 97 radio station and Best of the Best publicist, Ronnie Tomlinson, who also acted in that capacity for Buju Banton’s Long Walk to Freedom Tour kick-off concert in Kingston, Jamaica back in March 2019—assembled a historic list of artists that paid tribute to the 90’s dancehall era.  In that spirit, Best of the Best 2019 featured, as headliners, both Shabba Ranks (often referred to as the ‘Dancehall Emperor’) and the self-proclaimed, ‘Don Dada’, Super Cat.  What’s more, that meant that musical veterans and dancehall juggernauts, Shabba Ranks and Super Cat, shared the stage for the first time in history in the United States. 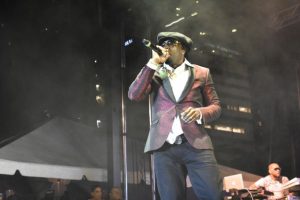 In paying homage to 90’s dancehall, the concert also included a number of other musical dancehall and reggae veterans from that era, including General Degree, Frisco Kid, General B, Round Head, and Bushman.  And in terms of new wave artists, Alkaline, Jahmiel, Vanessa Bling, Noah Powa, and Stylo G also added significant weight to the scale—so to speak.  Skinny Fabulous, a soca artist hailing from St. Vincent and the Grenadines, was also on hand to give the crowd some jump-up, Carnival vibes. 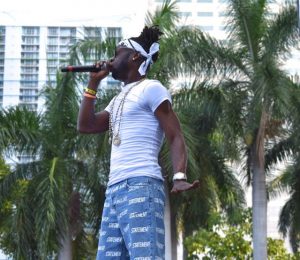 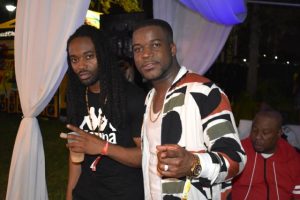 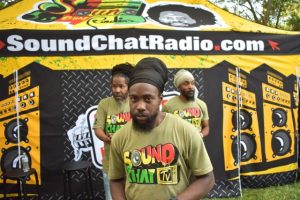 Chin (at left) from Irish & Chin and SoundChatRadio.com team – Best of the Best 2019

Against that that backdrop, Frisco Kid got things hyped up as he dropped a string of his hits—such as ‘Likkle and Cute’, ‘Gal Pon De Side’, ‘Tink We Nice’, and ‘Big Speech’ ( a song he recorded on the timeless, ‘Pepperseed Riddim’).   Adding even more blaze to the Best of the Best 2019 Music Festival fire was General Degree, a 90’s hit maker in his own right.  General Degree certainly had the sun-drenched crowd going wild as he walked them down memory lane with tunes like ‘When I Hold You Tonight’, ‘We Nuh Boring’, ‘Boom Boom’, and ‘Mr. Do It Nice’.  And of course water bottles from the crowd flew high in the air when Degree unleashed his earthshaking chart topper—‘Traffic Blocking.’ 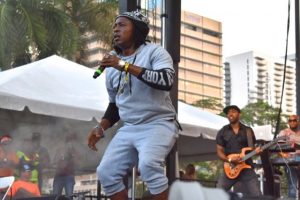 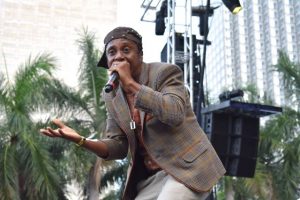 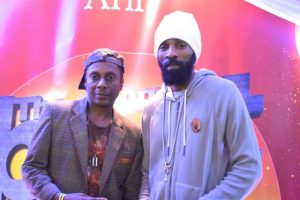 General Degree and Spragga Benz – Best of the Best 2019

Vanessa Bling put her career growth and vocal range on display as she sang out for her ‘Independent Ladies’, while also delivering ‘Everything Fi Hold Him’ as part of her musical set.  In reminiscing their Monster Shack Crew days, General B and Round Head were as animated and entertaining as ever as they each brought a bag of lyrics—as the saying goes—on to the stage.  Also joining them on stage during their set was Ninja Kid who performed his 90’s hit—‘Request’.  But all eyes were on Round Head and General B, not only for their unique outfits and shirt designs, but more so for their working together so effortlessly in combination as they traded tunes back and forth, including ‘Probably You  Never Heard A We’, ‘Weed Is Life’, ‘Bad Inna New Clothes’, and ‘Nicky’.  Roots and culture singer, Bushman, mellowed things out with good natured vibes courtesy of his anthems, ‘Downtown’, and ‘Fire Bun A Weak Heart’. 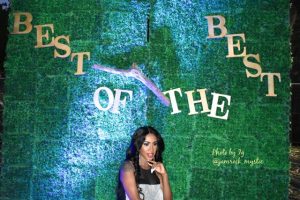 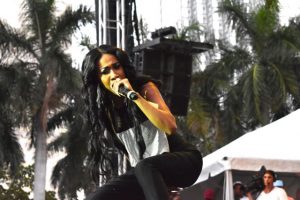 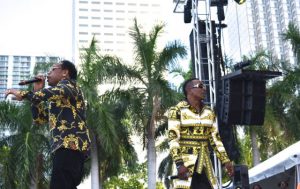 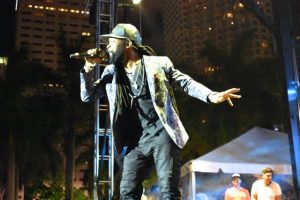 And then it was time to witness history by way of ‘Dancehall Emperor’, Shabba Ranks, and the ‘Wild Apache’, Super Cat.  A legendary hit factory from the 9’0s era and arguably Jamaica’s first international dancehall superstar, ‘Big Bad Dutty Stinkin’ Shabba showed the massive Best of the Best audience that he still has what it takes to make his mark on a stage show.  Shabba wasted no time in mesmerizing the crowd with his 90’s anthems, such as—‘Gal Yuh Good’, ‘Mr. Loverman’, ‘Trailer Load A Girls’, ‘Caan Done’, ‘Wicked Inna Bed’, and ‘Ting-A-Ling’.  Super Cat joined in the fun and also gave an outstanding performance marked by some of his big tunes that included, ‘Dem No Worry We’, ‘Ghetto Red Hot’, ‘Dolly My Baby’, ‘Come Down’, and ‘Mud Up’.  And without a doubt, in closing his set with the rambunctious bassline and lyrics of his classic hit, ‘Don Dada’, Super Cat strutted off the stage after receiving a big crowd forward.

Capping of the night at Best of the Best 2019 were new era dancehall sensations Jahmiel and Alkaline.  Jahmiel delighted the crowd when he sang ‘You Can Do It Too’, and ‘Strongest Soldier’.  ‘Champion Boy’, Alkaline, then punctuated his lively set performance by fittingly belting out ‘Lock Di City’.  At that, Miami was shut down with the crowd going into a total frenzy.

This year’s 13th installment of Best of the Best certainly left a distinct, Caribbean cultural footprint by showcasing such a potent line-up of musical heavyweights whose influence has endured in reggae, dancehall and soca.  And it goes without saying, kudos to this year’s sponsors—The Greater Miami Convention & Visitors Bureau, Aids Health Foundation, Swiftkick Sneaker Wipes—and show organizers, Jabba and Ronnie Tomlinson—who certainly did a superlative job in making the Best of the Best 2019 music festival such a huge success. 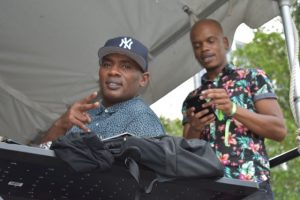