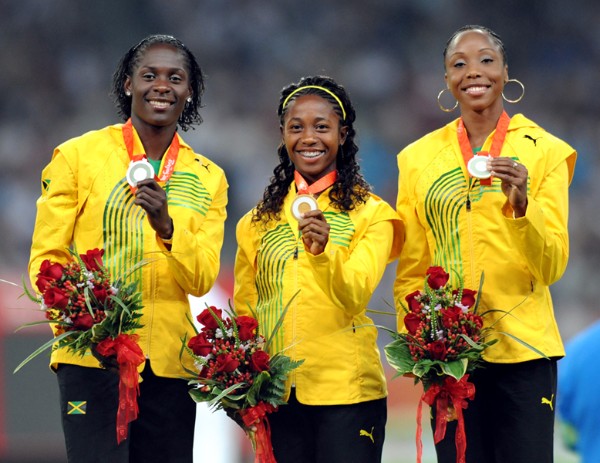 Together with the University of West Indies, husband and wife team Anthony & Teanne Andrews have produced an upcoming London event “Athletics Meets Science: Jamaica’s Pursuit of Greatnes“. The event is a town hall discussion, exclusive documentary screenings, and a photographic exhibition, chronicling the genealogy of Jamaican athletics over generations. It takes a fascinating look into just what makes Jamaican athletes such a force to be reckoned with on the world’s stage. What is your connection to Jamaica?
Both of my parents and grandparents are from Jamaica, so I have always had a strong connection to Jamaica from an early age. I spent 6 months in Jamaica when I was 7 years old, I remember going to school and spending time fishing with my Grandad.

Tell us about your fondest memory of Jamaica or Jamaicans as a child?
In 2009, my husband Anthony (We Are Parable Co-founder) and I went on our first couples holiday to Jamaica. One of the highlights of the trip was visiting Negril beach, which was absolutely beautiful!

Tell us about the Athletics Meets Science: Jamaica’s Pursuit of Greatness event? How did it get started? How did you get involved?
In 2012, I worked with Dr. Rachael Irving (Senior Research Fellow at the University of West Indies) on a seminar around whether athletics could be determined by nature or nurture, as was discussed in her book “Jamaican Sprinters”. We kept in touch over the years and Dr. Irving had the idea of expanding on the initial event and explore some more of the possible factors that have contributed to the Jamaican track and field team to be so dominant. “Athletics meets Science: Jamaica’s Pursuit of Greatness” a two-day event in London will attempt to find out, with prominent speakers exploring some of the possible factors that explain Jamaica’s dominance on the track. From understanding the environment that these athletes thrive under to discussing dietary considerations and biometric analyses of their performance, the event is going to take an extensive look on how athletics and science have combined to provide Jamaica with its pursuit of greatness. Athletics meets Science” is a event from University of West Indies and We Are Parable.

What is the main goal of the event?
I think the main goal is to educate those people who want to understand some of the reasons why Jamaica, an island with less than half the population of London, keeps producing world class athletes.

In addition, I feel that we have a responsibility to shine a light on Jamaican track and field’s history; it didn’t start with Usain Bolt! This is why we’ve put together an exhibition to show decades of material, which highlights just how far back the dominance goes.

Tell us about the speakers who will discuss “Athletics Meets Science: Jamaica’s Pursuit of Greatness”

We have a strong line up of speakers, including:

What is your personal opinion on “Why Jamaicans run so fast”?
Jamaicans are introduced to running at such an early age, so I believe it becomes their way of life. They work really hard and push themselves, They have a different mindset and are determined to be the best. That coupled with their genes and diet can only be a combination for success.

What other projects and events are you working on?
At the moment, we’re in the middle of a year long Spike Lee film festival called “Spike is 60”, which is taking up a lot of our time, but is massively rewarding!

My comfort food is:
Saltfish fritters

If I wanted to impress someone visiting my city I would take them to:
The Black Cultural Archives is an incredible place to understand how the Black community in the 50’s and 60’s have helped to shape London and the UK.

Anthony & Teanne Andrews formed the company “We Are Parable” in 2003 to tell stories through their work and deliver experiential events that produce enriching narratives that capture diverse audiences. Learn more visit them on  facebook   or @WeAreParable (Twitter and Instagram)