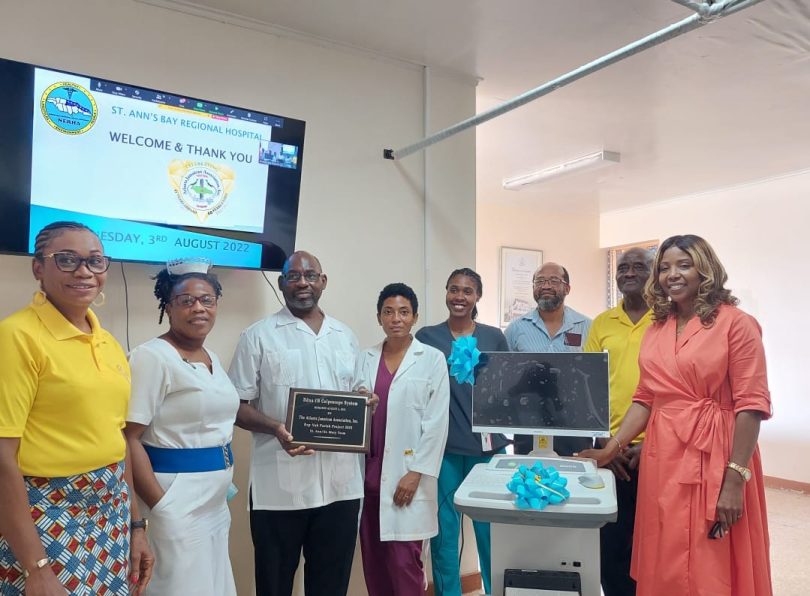 On Friday, August 5, 2022, the Atlanta Jamaican Association Inc. (AJA) presented a donation of life-saving medical equipment to St. Ann’s Bay Hospital in a special ceremony. The organization did not realize the full effect of its donation on the hospital until they heard directly from the doctors. The equipment was presented on behalf of the AJA by Aj Stone, the leader of the “Rep Yuh Parish” project. Joining Ms. Stone were team members Mr. Fabian James and Mrs. Annette Taylor-James. 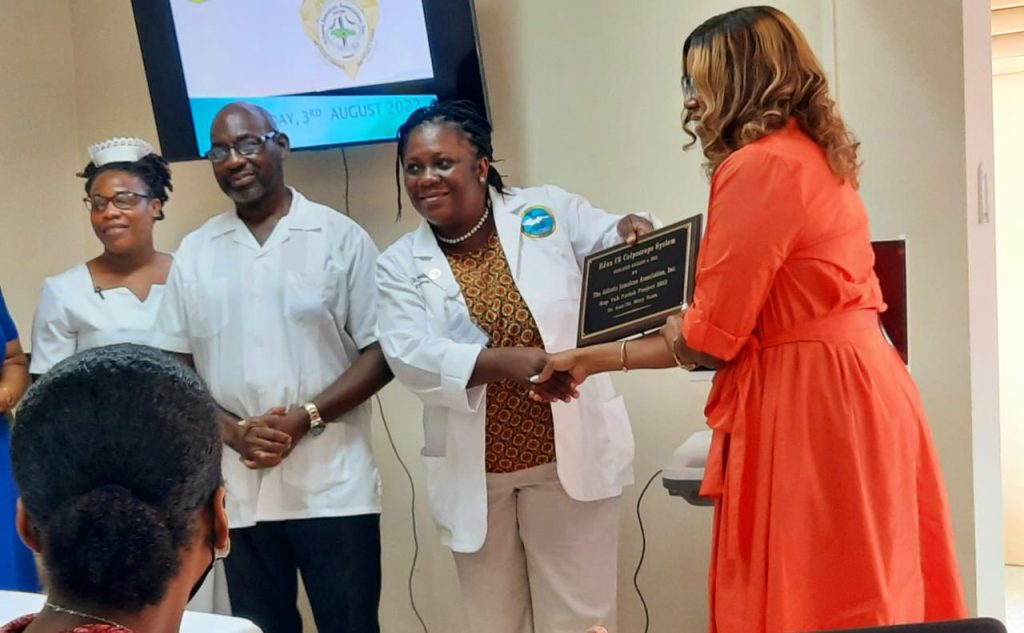 The “Rep Yuh Parish” project was launched by the group in 2021 to have a meaningful impact in Jamaica during its 60th anniversary of independence in 2022. AJA members selected at least one project in each of Jamaica’s 14 parishes that would culminate in time for the Independence Ball of August 14, 2022.

The donation of medical equipment to St. Ann’s Bay Hospital was made possible through the St. Ann and St. Mary “Rep Yuh Parish” Team, which combined the two parishes. The team obtained more than J$1.8 million to purchase a state-of-the-art Edan C6 colposcope system that will be used to diagnose and treat patients with abnormal Pap smears, an important diagnostic test for identifying pre-cancerous stages of cervical cancer, one of the leading causes of death among women in Jamaica. The equipment is also capable of storing and transferring patient files to other medical entities around the world. It is the first tool of its kind to belong to the Women’s Maternity Ward at St. Ann’s Bay Hospital. 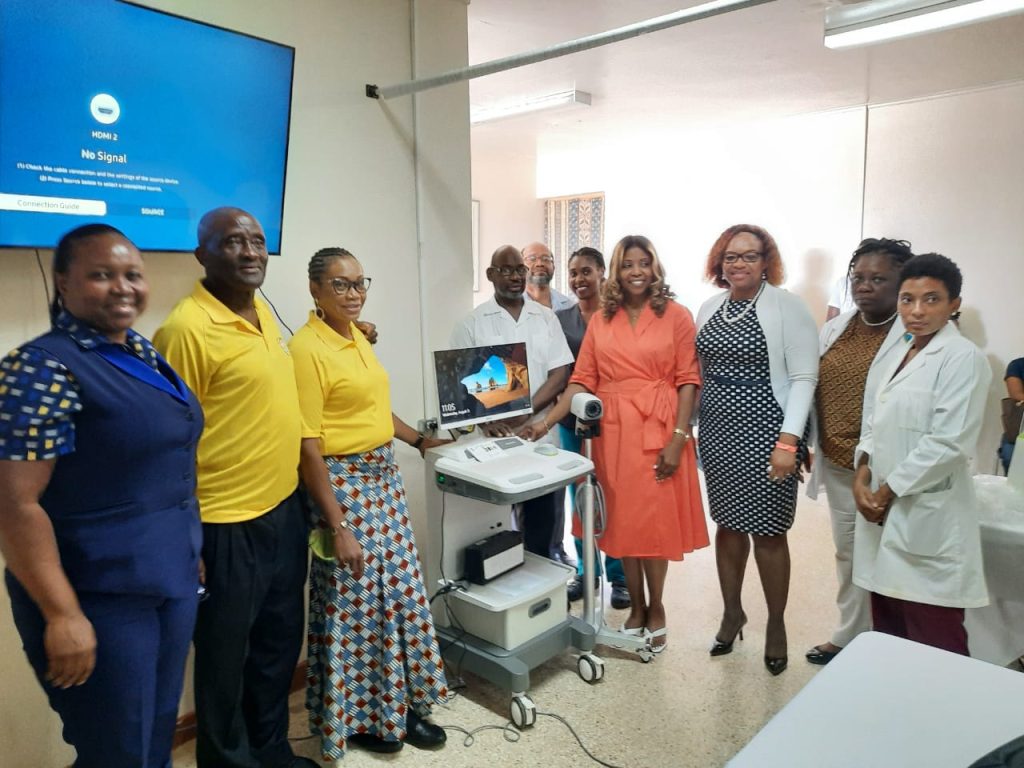 The CEO of St. Ann’s Bay Regional Hospital, Dennis Morgan, described the donation as a “vitally important” piece of equipment that now makes it possible for the hospital’s medical professionals to conduct more precise cervical examinations to find signs of cancerous or pre-cancerous tissues in women, whom he called “the heartbeat of our proud and resilient island nation.” The equipment will allow doctors to make better clinical decisions about treatment and the development of strategies to mitigate the risks associated with cervical cancer. 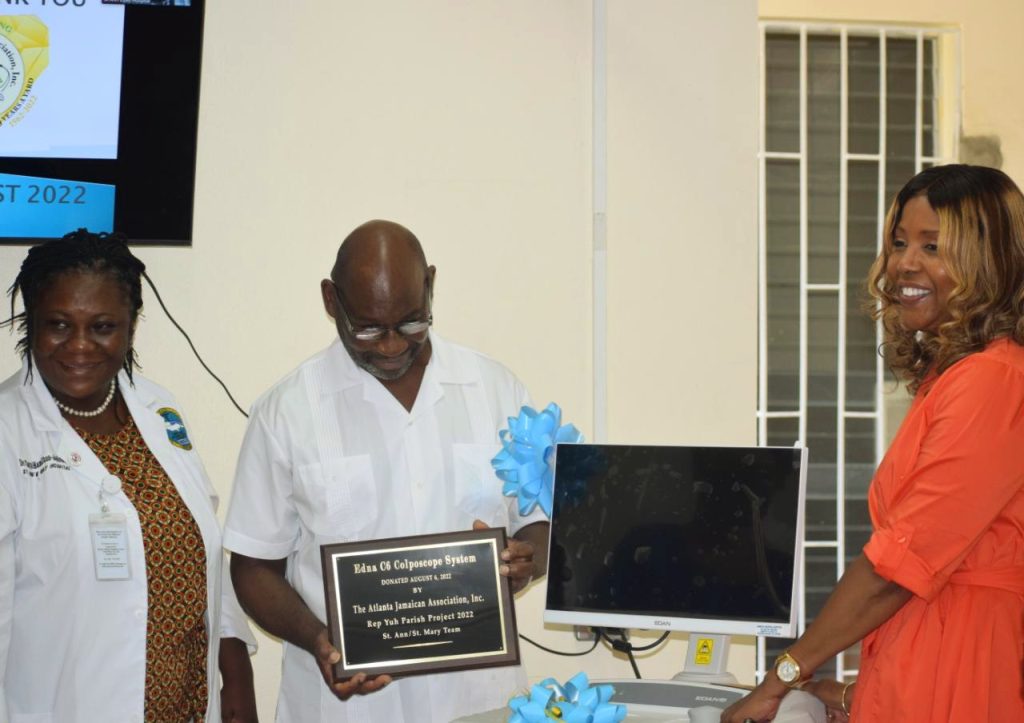 Morgan added that the generous support of organizations like AJA makes it possible for health care providers to deliver affordable, quality care to the people and communities served and to enhance the preservation of a high quality of life for Jamaicans regardless of their socio-economic status.