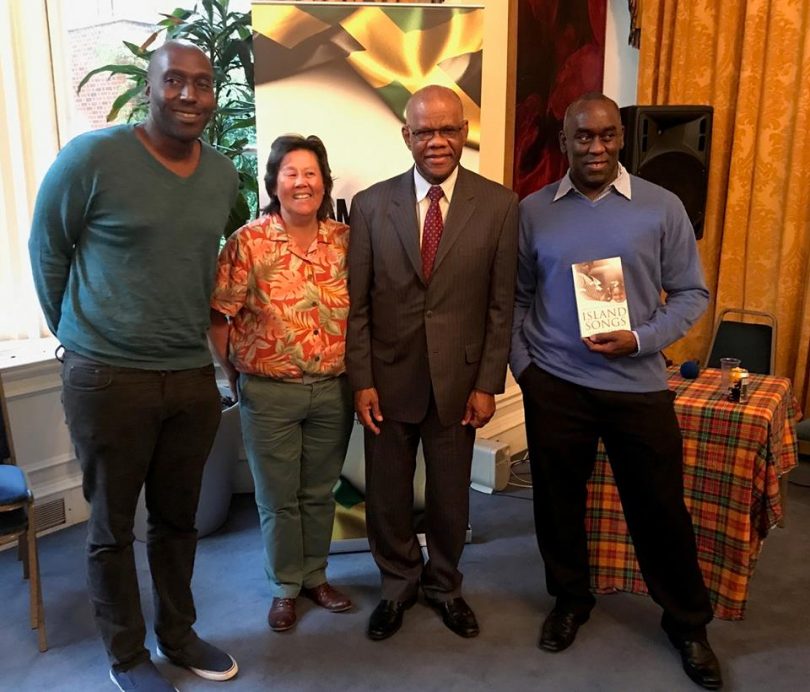 The Literary Evening was one of the activities being held this year as a part of the Jamaica55 UK celebrations. High Commissioner, H.E. Seth George Ramocan noted the importance of the event which was aimed at showcasing the depth and diversity of Jamaica’s rich culture.

The High Commissioner noted that Jamaica had produced many outstanding and world renowned writers and creative thinkers yet this aspect of Jamaica’s cultural heritage is sometimes overlooked. Consequently, it is important to use every opportunity to highlight the many great Jamaican talents in this field.
Mr. Wheatle who won the 2016 Guardian children’s fiction prize read from his novel Island Song which has been described as an epic of love, Diaspora, and sorely tested family loyalties.

Dr. Miller who is professor of Creative Writing at the University of Exeter, read from his short story collect ‘The Fear of Stones’, and novel ‘Augustown’, which won the 2017 OCM Bocas Prize for Caribbean Literature.

The Evening also featured performances by the Koromanti mento group led by Harold Patten, an open mike segment, as well as a display of Jamaican and Caribbean books by Hansib Publishers.

Participants included Councillors Adam Jogee, Joan Henry and Aleen Alarice , representatives of Community organisations, Jamaicans and Friends of Jamaica, as well as members of staff and families of the High Commission. The event was supported by Grace Foods, National Bakery and Island Delight Patties.