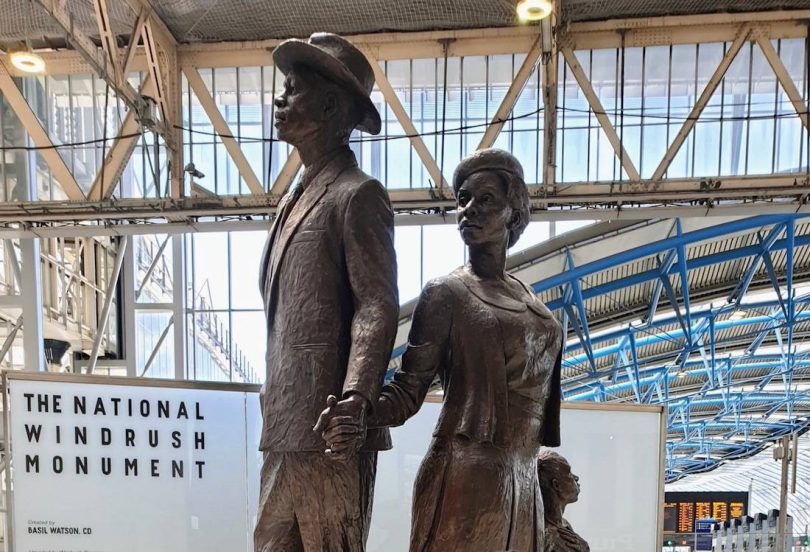 The permanent monument to the Windrush pioneers who came to Britain after World War II was unveiled at Waterloo Station in London on Windrush Day, the 74th anniversary of their arrival. The Windrush Generation is defined as the individuals who came from the Caribbean region to Britain between the arrival date of the ship MV Empire Windrush on June 22, 1948, and the enactment of the Immigration Act of 1971.

The unveiling of the monument by Jamaican sculptor Basil Watson was attended by the Duke and Duchess of Cambridge and members of the Windrush generation. Watson designed the monument to be a permanent place for reflection and for promoting understanding and celebration of the hard work, talent, and contributions of the Windrush generation to Britain. He also wanted it to symbolize the commitment, courage, and resilience of the thousands of individuals who traveled to the United Kingdom between 1948 and 1971 to start new lives.

Basil Watson was selected to create the monument in October of 2021, and public arts consultant UP Projects worked with various groups in support of the commissioning process and the making of the monument fabrication. The team included Curatorial Advisor Karen Alexander, Curator and Caribbean Community Engagement Consultant Melanie Ibrahams, and Caribbean Networks Consultant Svetlana Leu. The monument was funded with £1 million from the Department for Levelling Up, Housing and Communities and through the support of additional partners like Ramboll, APS Group, Live Group, Abi Wright, Juicy Media, and DAC Beachcroft. 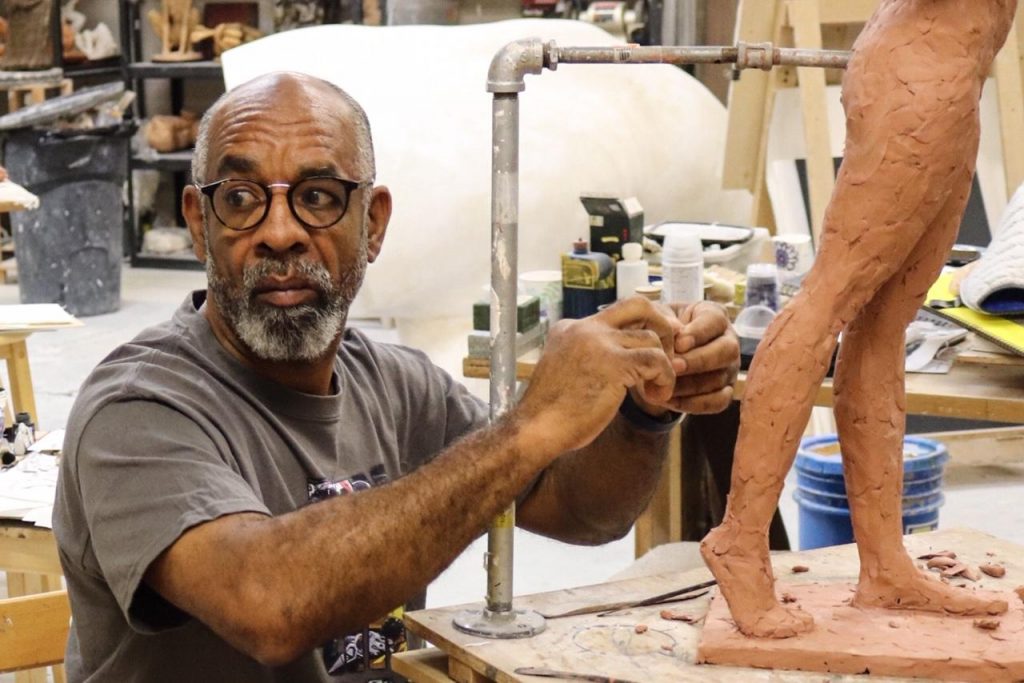 Watson’s design features a man, woman, and child climbing a “mountain of suitcases” to illustrate the unbreakable bond of the Windrush generation and its descendants. The location of the monument at Waterloo Station was deemed appropriate as thousands of people from the Caribbean passed through the station as they moved to the places where they would begin their new lives in the UK. The sculpture design was inspired by a Jamaica radio drama, “Dulcimina Comes to Town,” which tells the story of a girl from rural Jamaica who comes to the capital city to find new opportunities, but in the case of the Windrush monument, the suitcases represent the entire Caribbean and travels much further away.

Watson said it had been an honor to design and create the monument, which offers a tribute to the migrants of the Windrush generation who arrived in the UK to la a foundation for the future of their families in a society they expected would welcome them. Watson shared that his parents took the long journey from the Caribbean with little more than their courage, hopes, and a promise of opportunities for advancement.

Basil Watson is currently based in Atlanta, Georgia, and has designed public monuments and sculptures in many countries around the world, including China, the United States, Guatemala, and Jamaica. The Windrush Monument is his first public artwork in the UK and represents a significant commission for Watson who spent part of his childhood in the UK and heard stories of the journey his parents took as part of the Windrush generation.