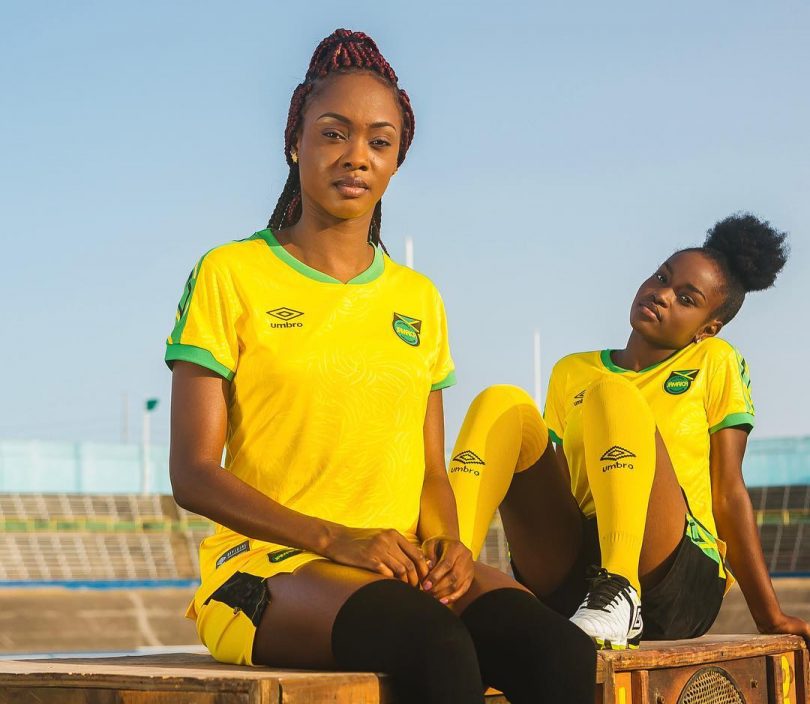 The FIFA Women’s World Cup competition is scheduled for the summer of 2019, and the teams’ new kits have been released, some receiving high praise for their style. The kit of Jamaica’s Reggae Girlz team has been singled out as perhaps the best of them all. The team, which is the first from the Caribbean region to qualify for the Women’s World Cup, is changing the game, observers note, and the new kit, which features the team logo interwoven with the vibrant colors of the Jamaica flag, is likely to make a similar impression.

The Reggae Girlz will proudly represent their home island at the World Cup after making history by becoming the first team to qualify for the prestigious tournament. Jamaicans are eagerly supporting the team with fundraisers, including a cocktail fundraiser which was held on March 29th in New York, to which all the teams’’ supporters were invited. The event could be viewed and contributions were made from around the globe via an internet link as well. The money raised at this particular fundraiser will be used to help Nicole McClure, the team’s goalkeeper, to prepare for the nation’s historic debut at the FIFA Women’s World Cup. McClure was one of the heroes of the match that resulted in the teams qualifying for the finals. Sent in to replace gasket Sydney Schneider in the 120th minute of the match against Panama, which reached a 2-2 tie during regulation/extra time and went into penalties, she saved two penalty shots, ensuring the Reggae Girlz a victory in the match and their historic achievement in reaching the 2019 finals.

To help the Jamaican Women’s soccer team get to France, please donate to the Reggae Girlz Foundation.