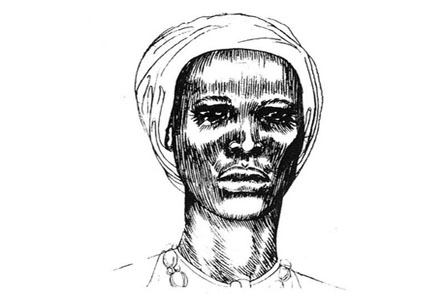 Sometimes I write like I know about how most Caribbean people feel. Today I’m writing from the Jamaican experience. A Jamaican friend reminded me that we have heroes and it triggered an alternative viewpoint for me.

In America, I know about Martin Luther King, Malcolm X and Rosa Parks. You call them “black leaders” or “change makers”, titles like that. In Jamaica, we have “heroes”. We have leaders too, but the people who changed the course of our country’s history are sold to us as heroes. From the time we are little children, we learn about strong black people with African features who violently fought off the imperialists.

The first of these was Nanny of the Maroons, a small woman whose legendary powers included catching bullets with her buttocks. Beyond the legend though, her documented tactical prowess allowed the Maroons to keep British forces from infiltrating their mountain stronghold. She’s my favorite because she is a woman, but our other heroes led slave rebellions and our country’s move to independence from British rule. We even have Marcus Garvey, who seems to somehow have been claimed as an American black leader (I suppose he WAS a black leader in America), but who was in fact Jamaican.

The friend I was talking to suggested that our leaders were warriors, fighters, they took what they wanted. They didn’t sit quietly in buses or seek out permits for peaceful protest. Maybe that’s why our nature is to be so proud and forthright, because we have have warrior heroes rather than peaceful protesters.

On the flip side of this argument, I for one despise violent protests. But that’s probably because we live in a different time. I think back then, I would have been right by Nanny’s side leading the fight for freedom. Today the violence has gone too far and the war has to become more intellectual I think. To address laws, policies and practices that still enslave blacks in this country and yes, even back home.

There’s more to this line of argument so let’s pick this up next week, shall we? To be continued…Part 2