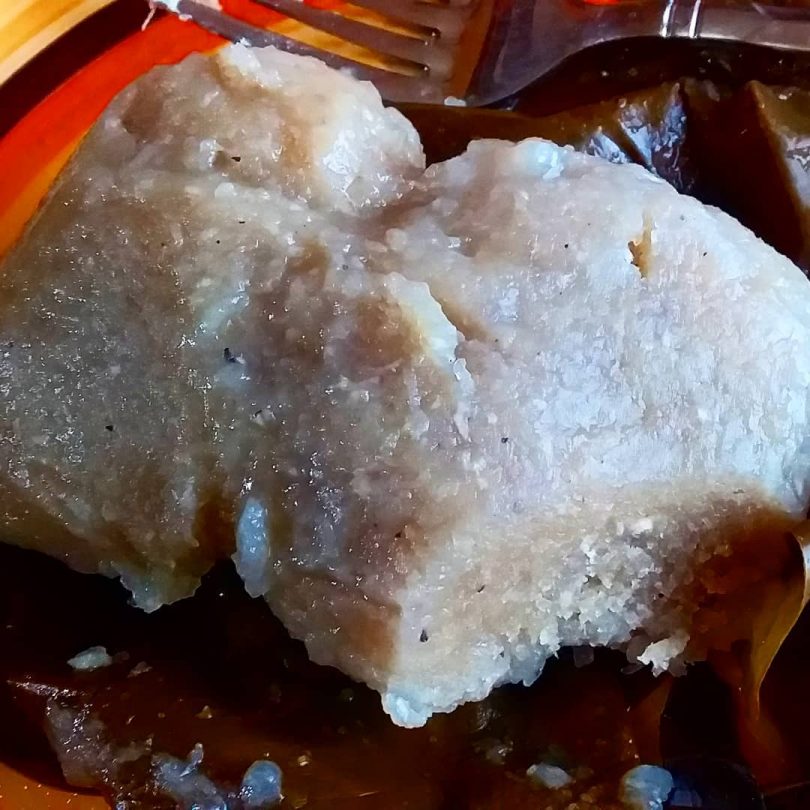 The cuisine of St. Vincent relies on the surrounding seas and the fruits and vegetables grown in its tropical environment. West Indian foods are frequently served in the island’s hotels, and traditional recipes reflect its African, French, British, and Black Carib influences. Most dishes feature fish, conch, shrimp, lobster, pumpkin, callaloo, oranges, and breadfruit.

1. Breadfruit and Jackfish
This dish is often called the national dish of St. Vincent. It is a filling combination of roasted breadfruit – viewed as the symbol of the island – and fried jackfish. Generally served as a lunch dish, a whole breadfruit is roasted over an open fire. The fish is typically marinated in lemon juice, then dusted in flour and fried until crisp. Often served with a sauce made of onions, tomatoes, garlic, thyme, and other vegetables and herbs.

2. Fish Blaff
This dish is a spicier and more flavorful version of France’s court bullion. The word “blaff” is related to the Dutch word “blaffus,” which means “fish cemetery.” The recipe is likely Dutch in origin, which would explain the name, but there is also a legend that the word comes from the noise fish make with it is thrown into the broth for cooking. The dish can be made with all types of fish or seafood and is flavored with lime and white wine, along with peppers and allspice.

3. Hairoun Beer
Hairoun beer is a local beer that is available in several flavors, including one known as mauby, which features a combination of local tree barks and spices, and a ginger-flavored beer.

4. Madongo Dumplings
These dumplings are made of the island’s native arrowroot and mixed with nutmeg and coconut.  The specialty dumplings can only be found in St. Vincent and the Grenadines since the arrowroot is not grown in other locations. Dumplings can be either baked or fried.

5. Billjau
This is made with salted fish, tomatoes, onions, coconut oil, and hot peppers. It is eaten cold and is sometimes served as a breakfast dish. There are many versions of the traditional recipe, so similar dishes can be found throughout the Caribbean.

6. Banana Fritters
A traditional breakfast food, this dish makes good use of the bananas that are grown on St. Vincent. The fritters are made with oil, flour, and sugar, and are simple to make, which ensures there availability in many island locales. A favorite St. Vincent comfort food.

7. Callaloo Soup
This traditional soup is made throughout the Caribbean region. Made from callaloo leaves, which are also known as amaranth, the soup also includes okra, yams, potatoes, chicken or beef. In St. Vincent it is traditionally served on Saturdays.

8. Arrowroot Flour Cake
A traditional cake made with arrowroot, which can only be found on St. Vincent. It is made from eggs, milk, arrowroot, flour, lime juice, margarine and baking powder. The mixture is dropped by the spoonful into a muffin tin onto a baking sheet.

9. Breadfruit Meringue Pie
This dense pie is another traditional recipe that makes use of the popular St. Vincent staple. It is made with shredded breadfruit, coconut milk, raisins, and currents. The pie is then topped with an egg meringue.

10. Ducana
This dessert is similar to bread pudding and made with flour, sugar, cassava, coco, sweet potato, and cornmeal in varying combinations. The mixture is wrapped in leaves or cloth and boiled.  Recipes may also include nutmeg, ginger, raisins, and vanilla. Generally eaten cold.