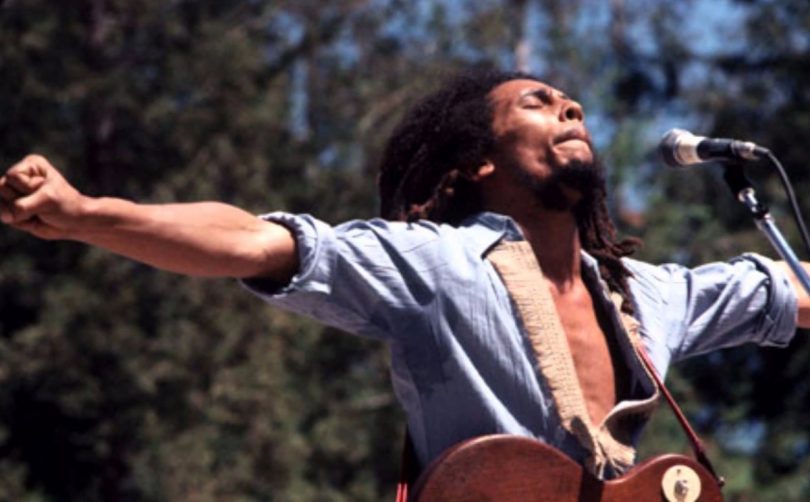 A treasure trove of Bob Marley recordings were discovered after more than 40 years in cardboard box files in a shabby hotel in Kensal Rise in northwest London. The hotel had been the accommodation for Marley and the Wailers when they toured Europe in the 1970s. Known as the “lost masters,” the reel-to-reel, analogue tapes were thought to be ruined and unrepairable due to water damage. However, they have been restored after a year of painstaking effort using state-of-the-art audio techniques. The sound of Marley on the tapes, has been described as sending “shivers down one’s spine.” The masters are original live recordings of Marley’s concerts in London and Paris between 1974 and 1978. They include some of the reggae legend’s most famous songs, such as “No Woman No Cry,” “Jammin,” “Exodus,” and “I Shot the Sheriff.” The tapes were found by Joe Gatt, London businessman and Marley fan. He had received a call from a friend informing him that, while cleaning up a building, he found some discarded two-inch tapes from the 70s that he thought might be old Marley recordings. Gatt told The Guardian newspaper, “I couldn’t just stand by and let these objects, damaged or not, be destroyed so I asked him not to throw them away.” He passed the tapes on to jazz singer and business partner Louis Hoover, who said he went “speechless” when he saw the labels and footnotes on the tapes. Hoover gave the tapes to Martin Nichols, a sound technician specialist at White House Studios, who spent hours cleaning them, inch by inch, until they were subjected to a process known as “baking,” which allowed them to be played safely. He was surprised at the high quality of the recordings, considering their history; of 13 tapes found, 10 were restored, two were blank, and one was too damaged to repair. Upon first hearing the tapes, Hoover said he was “blown away.” It cost some £25,000 to restore the tapes.