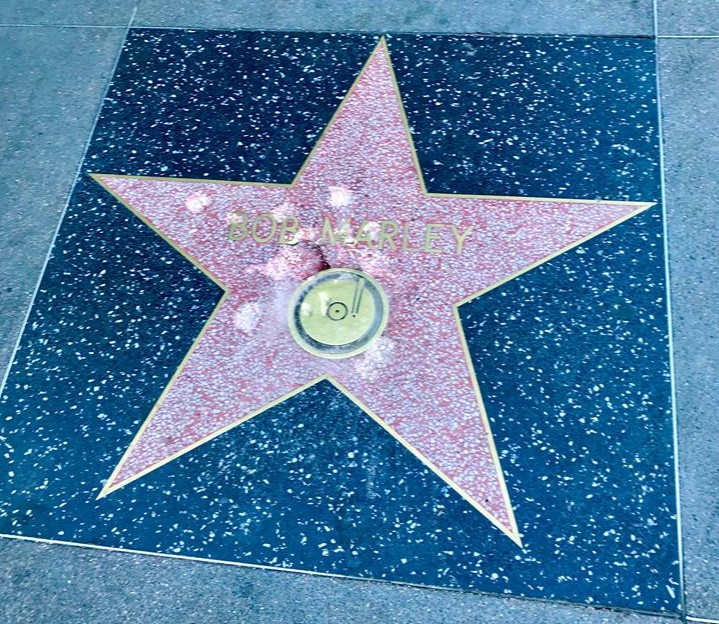 The star honoring Jamaican reggae icon and activist Bob Marley on Hollywood’s Walk of Fame was vandalized. The damage was discovered on Monday, October 23, 2017, according to Ana Martinez of the Hollywood Chamber of Commerce and spokesperson for the Walk of Fame. The star was “pounded on with what appears to be a sledgehammer or something heavy like that, totally destroying it,” Martinez said. She also stated that the star will be repaired on Wednesday, October 25. Damage to Marley’s star is considered to be vandalism of a state historic landmark, and its repairs are the responsibility of the Hollywood Historic Trust. The cost of the repairs is estimated at almost $3,000. Marley, who died in 1981, was awarded the star posthumously in 2001. It is located at 7080 Hollywood Boulevard. A photo of the damaged star was sent out on Twitter by Martinez with the message, “Why would anyone do this to Bob Marley’s star? Help me understand. The Walk of Fame is a State registered Historic landmark! Disrespectful.”

ABOUT THE HOLLYWOOD WALK OF FAME (www.WalkOfFame.com)