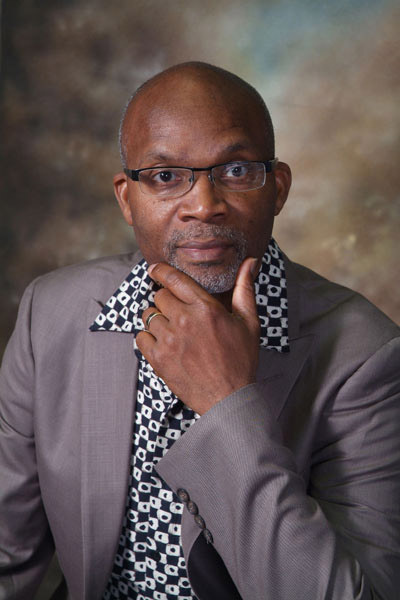 This book documents a number of inventions, patents and labor saving devices conceived by Black inventors. Among many other inventions, pre-enslaved Africans, developed agricultural tools, building materials, medicinal herbs, cloth and weapons. Although historical documents emphasize that millions of Black people arrived in Canada, the Caribbean, Central and South America and the United States under slavery’s yoke, it is relatively unknown that thousands of Africans and their descendants developed numerous labor-saving devices and inventions that spawned companies which generated money and jobs, worldwide. While most authors focus primarily on American and European inventors, Keith Holmes introduces inventions, both past and present, that Black people, developed and patented globally and multiculturally.

Review:   Article originally printed, Dec. 2008, British Virgin Island “Island Sun Newspaper” – By Giorgio Migliavacca
It is not widely known in the Virgin Islands that during the 1970s-’80s and ’90s, Liston Abbott, of St. Thomas USVI, was instrumental in inventing solutions that improved television signal capacity. But it is quite ironic that Caribbean inventors have had so little recognition from their own countrymen.

“People from the Caribbean have had a major impact on the world of innovation and invention…More recognition should be given to Caribbean people who have enlightened the world with their innovations and inventions,” writes Keith Holmes, author of the recently published book “Black Inventors”.

In fact, his book has brought to day-light information that substantiates his statement: “Caribbean inventors have filed patents for a significant number of inventions…and have received world recognition and awards.

Holmes lists Caribbean inventors as early as 1769, from most countries in the region including Antigua, Bahamas, Barbados, Bermuda, Cuba, Santo Domingo, Guadeloupe, Haiti, Jamaica, Puerto Rico, Martinique, USVI, St. Vincent and Trinidad and Tobago. The author has spent almost 20 years to piece together information on black inventors. His work will undoubtedly increase readers awareness that on a global scale black inventors, both past and present, have contributed in large measure to the progress made by humanity.

This book documents a large number of inventions, patents and labor saving devices conceived by black inventors. Africans, before the era of their enslavement, developed agricultural tools, building materials, medicinal herbs, cloth, and weapons, among many other inventions. Though many black people were brought to the United States, the Caribbean, Central and South America as slaves, it is not widely known that thousands of them created saving devices and inventions that spawned companies which generated money and jobs, worldwide.

The material available in this book is an introduction into the world of inventions by Black inventors. It gives the reader, researcher, librarian, student and teachers the materials needed to effectively understand that the Black inventor is not one dimensional but global occurrence. This book has certainly provided an invaluable tool for those who want to research this fascinating and fertile area of world history. His book proves that “without the inventors, innovators, designers and laborers of African descent, in Africa as well as throughout the African Diaspora, western technology, as we know it today, would not exist.”

There are many significant facts to be learned from Holmes’ book, for example: the invention process did not originate in Europe; from 1900 to 1999, black inventors patented over 6,000 inventions (at least 400 of them by black women), and between 2000 and 2007, blacks patented over 5,000 inventions; nowadays American icons such as Oprah Winfrey has 61 trademarks; and a significant number of black inventors live in Europe where they have patented thousands of inventions.

This fascinating book ends with a very useful bibliography and a detailed and useful index. There are not many distractions and illustrations in this facts-packed volume and we can envision a second, a third edition in a matter of a few years. The cameo like profiles of black inventors could be expanded and some illustrations added, but the first edition is a must have for the avid reader who will learn a wealth of information not available before in one single volume. A must have!

About the Author
Keith Holmes was born in Queens, New York and currently lives with his family in Brooklyn. He has published in:

For twenty-nine years, Mr. Holmes has worked in the satellite communications industry, and since 1977, he has used computers from main frames to personal
computers. Mr. Holmes has spent considerable time researching information on Black inventors at the New York Patent Library, the Schomburg Library in New York and the Howard University’s Moorland-Spingarn Research Center in Washington, DC. He has lectured in Barbados, California, Canada, Connecticut, Illinois, New York, New Jersey, North Carolina, Pennsylvania, Virginia and Washington, DC, and is currently working on several projects about Black inventors. Mr. Holmes has spent over twenty years researching information on Black innovators and inventors from around the world.

Buy the book Black Inventors, Crafting Over 200 Years of Success