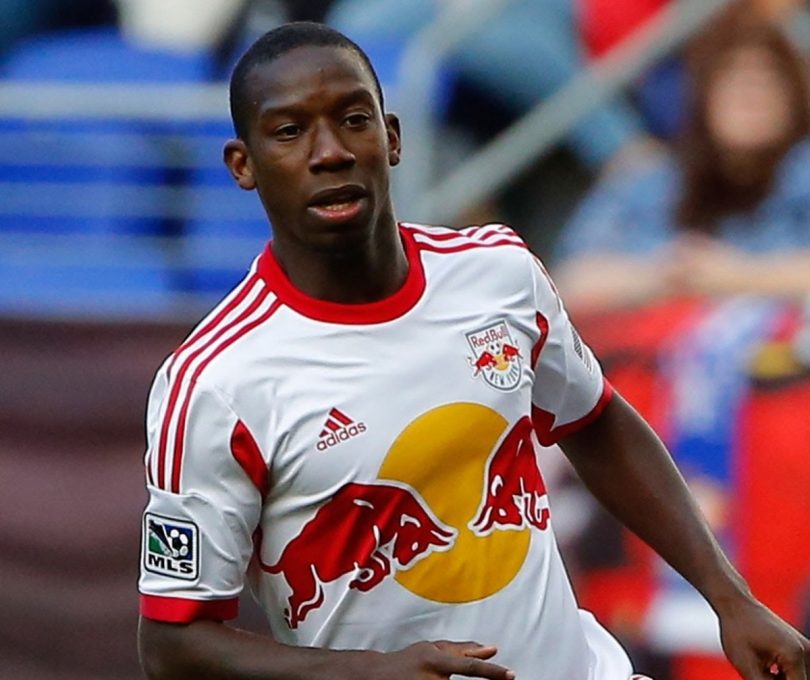 Although some critics wondered whether Bradley Wright-Phillips, forward with the New York Red Bulls, had seen his best days, his recent scoring achievements indicate otherwise. Wright-Phillips, 31, had six goals and an assist during his last five matches. Now that the Red Bulls are taking a three-week break for Copa America, his scoring spree is interrupted. He finds the break “a little annoying” as does the whole team. Wright-Phillips noted that he will watching the European Championships to cheer on his home country of England; he represented England at the U-20 level. And he may still have international ambitions. Wright-Phillips claims Jamaican heritage through his maternal grandparents and has been hearing some interest from Jamaica’s Reggae Boyz. He has expressed interest in playing for Jamaica in the past and continues to give joining the Jamaicans some thought.

Wright-Phillips is the son of former Arsenal and England player Ian Wright. His older half-brother, Shaun Wright-Phillips, is his teammate at the New York Red Bulls. He grew up in Brockley, South London and attended the state school Kelsey Park School in Beckenham and then moved to Haberdashers’ Aske’s Hatcham College nearby in New Cross Gate.

Bradley Wright-Phillips represented England at U20 level. He was first called up in February 2005 and he made his debut as a half time substitute in a 2-0 friendly victory against Russia.[40] He was called up again that summer for the 2005 Toulon Tournament where he played Tunisia,[41] South Korea[42] and the third-place playoff penalty shootout victory over Mexico.

In addition to England, Wright-Phillips is eligible to represent Grenada, Jamaica and Trinidad and Tobago through his heritage. In 2015, Grenada and Jamaica Reggae Boyz both approached Wright-Phillips about a transfer of alliances but the player chose to concentrate on his club football.