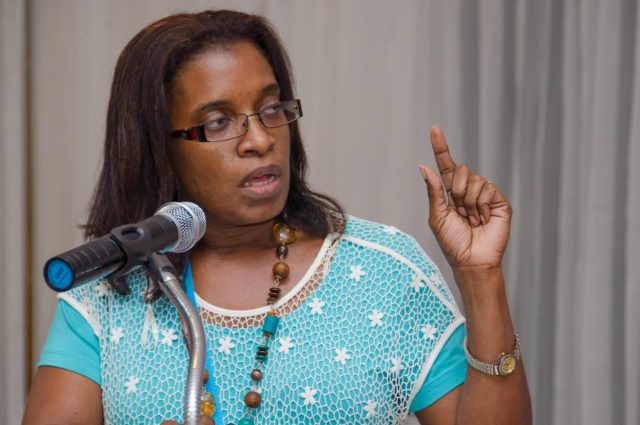 The Ministry of Health is pushing breastfeeding as an important element in achieving the United Nations Sustainable Development Goals (SDG).

Speaking in an interview with JIS News, Director of Nutrition Services in the Ministry, Sharmaine Edwards, said the 17 goals, under the 2030 Agenda for Sustainable Development are grouped under four key thematic areas.

These are: survival, health and well-being; nutrition, food security and poverty reduction; environment and climate change; and women’s productivity and employment.

There is also a focus on sustainable partnerships and the rule of law, which Mrs. Edwards noted, is not one of the thematic areas of the SDGs but is important in achieving the overall goals.

The Director of Nutrition Services told JIS News that breastfeeding contributes to health and wellbeing as it can reduce the risk of chronic diseases by 13 per cent. It can also lower the global mortality of children under five years, which stands at approximately 45 per cent.

Mrs. Edwards noted that the first 1,000 days of a child’s life, which is from conception to age two, are very critical to determining the child’s future.

“Breast milk is the first food that a child should have and we have long promoted the various benefits of breastfeeding, from appropriate nourishment, to the first immunisation,” she said.

As it relates to food security and poverty reduction, Mrs. Edwards pointed out that breastfeeding reduces the need for expensive milk substitutes. She said that countries are spending up to $54 billion on these products.

The Nutrition Director pointed out that children, who are breast-fed perform better in academics.

“They can get as much as 2.6 percentage points higher on tests of intelligence and what this shows it that there is a dose response, meaning the longer the child is breast fed, the higher the scores are,” she said.

Breastfeeding also reduces the impact on the environment. Mrs. Edwards it takes 4,000 litres of water to make one kilogram of powdered infant formula, while breast milk requires no preparation and saves on the use of water.

She pointed out further that with breastfeeding, no greenhouse gases are produced. She said there is a direct relationship between cows’ milk and greenhouse gas because dairy cattle are the second largest contributor to methane emissions.

“Cows produce methane, which is one of the gases that contribute to depletion of the ozone layer so the fewer cows needed to produce milk to produce formula, the less greenhouse gas that will be produced,” she explained.

Turning to women’s productivity and employment, Mrs. Edwards explained that “if a woman is at ease in her mind that her child is well nourished and healthy, she will be able to focus more on her job.”

She noted further that if women are given paid breastfeeding breaks, more maternity entitlements, spaces in their workplaces where they can go privately to express their breastmilk, they would be better off.

“If the child is breast fed, they will be sick less often and mothers will not have to take time off to take a sick child to the doctor,” she outlined.

As it relates to the element of sustainable partnerships and the rule of law, Mrs. Edwards explained that this is “about ensuring that legislation and equitable laws are in place to protect the breastfeeding woman and the fact that in the workplace she will know that she has the support of her colleagues and employers.”

The Nutrition Director argued that society needs to get to a place where exclusive breastfeeding for six months and up to two years and beyond is considered normal.

“We really want to be able to educate the public and critical stakeholders on how breastfeeding can really assist in the achievement of the SDGs in this post-Millennium Development Goal (MDG) era. Breastfeeding is a key source for development and we need collaboration with all stakeholders to continue to protect, promote and support breastfeeding,” she told JIS News.