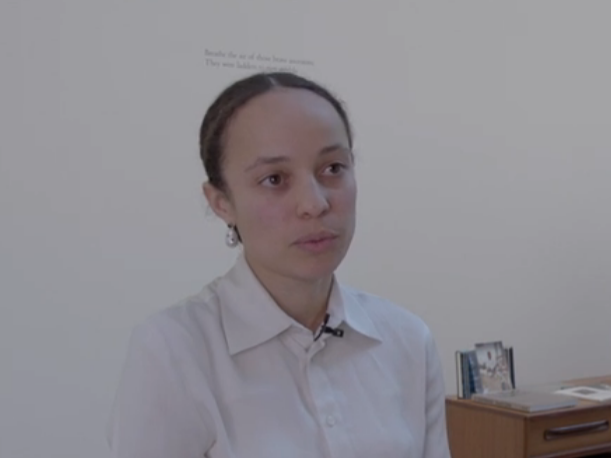 British-Jamaican designer Grace Wales Bonner has been named the 2019 BFC/Vogue Fashion Fund Prize worth £200,000. Wales Bonner designed the dress worn by Meghan Markle, Duchess of Sussex, when she introduced her new son Archie Harrison Mountbatten-Windsor to the world together with his father Britain’s Prince Harry.

Wales Bonner’s debut on the London fashion scene came with her BA graduate collection shown at Central Saint Martins in 2014. Since then, the designer, 28, has caused considerable excitement in the industry with her talent and ability to create exceptional clothing that includes nuanced references to identity politics. As a result, she received the LVMH Prize in 2016.

The Wales Bonner brand is being recognized as important for its reflection of current societal concerns, as the designer conceptualizes ideas of blackness in the fashion landscape and disrupts traditional European ideas of luxury. She has highlighted the long-standing Eurocentric view reflected on fashion runways and behind the scenes in the industry. According to observers, Wales Bonner is “writing a new narrative.”

She has had a major impact on London’s menswear fashion sector and was inspired to expand her designs into womenswear. Her designs were singular from the start and totally different from the prevailing urban professional look. She exposed runway audiences to a world peopled by “young crystal-bedecked black males, fists proudly raised, wearing suits decorated with seashell braiding” as described by observers. Wales Bonner said she gets much of her inspiration from the legendary Chanel brand, which is a recognized symbol of European luxury. She says she puts the purist idea of Chanel against an African point of view. The combination creates a powerful fashion image.

Her work often refers to her bi-racial heritage and the politics of race. Commenting on her experiences, Wales Bonner has said, “People were telling me who I should be: black, white. As I got older, I realized there’s no prescriptive way of being anything. You negotiate your own identity.”