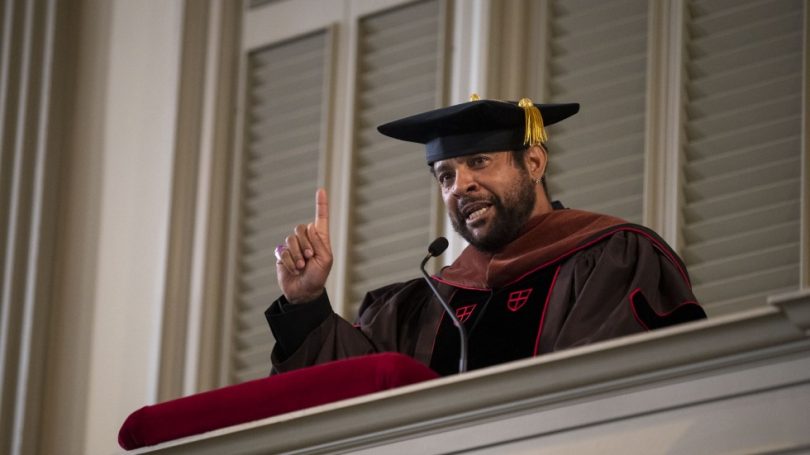 Grammy Award winner and reggae/dancehall recording artist Shaggy, who was born Orville Richard Burrell in Kingston, Jamaica, is slated to receive an honorary degree from Brown University in the United States during its Commencement and Reunion Weekend on May 27 through 29, 2022. The celebration will also recognize Brown’s Class of 2020, which missed its in-person Commencement ceremony due to COVID-19. Speaker Pelosi will deliver a Commencement address during the ceremony on Sunday, May 29.

Brown has conferred honorary degrees since 1769 to recognize leaders in many areas who have impacted fields that include government, public health, the arts, global affairs, science, and technology. They are awarded by the Brown Corporation’s Board of Fellows and conferred by the University’s president in English and Latin. Shaggy will receive an honorary Doctor of Fine Arts degree in recognition of his achievements in music, military service, and philanthropy. Shaggy moved to Brooklyn when he was a teenager and got his start in music as an emcee in the dancehall scene in New York City. He served four years as a US Marine, including two tours of duty as part of Operation Desert Storm in the Middle East. He got his first record deal with the crossover hit recording “Oh Carolina.” Shaggy is a songwriting pioneer and the only diamond-selling dancehall artist in the industry’s history, selling over 40 million albums to date and having eight singles on the Billboard Hot 100 chart. He also had seven albums on the Billboard 200, with four of them in the top 40. He is one of the top three reggae artists to be streamed on Spotify in the history of the platform. Shaggy uses his star power to strengthen and improve his community and his homeland of Jamaica, establishing the Shaggy Make A Difference Foundation in 2009 and organizing many Shaggy and Friends benefit concerts, which have raised millions of dollars for Kingston’s Bustamante Children’s Hospital.

Shaggy will be one of nine recipients of Brown’s honorary degrees. The other honorees include US Speaker of the House Nancy Pelosi, Dr. Seth Berkley of the Vaccine Alliance, physician and public health leader Dr. Nicole Alexander-Scott, Nobel laureate and economist Guido Imbens, Oscar-nominated filmmaker Stanley Nelson, Brown University leaders and benefactors Alice and Thomas Tisch, and Technology scholar and educator Zeynep Tüfekçi. Brown will also honor the late telecommunications pioneer George H. Billings, who graduated from the university in 1972.