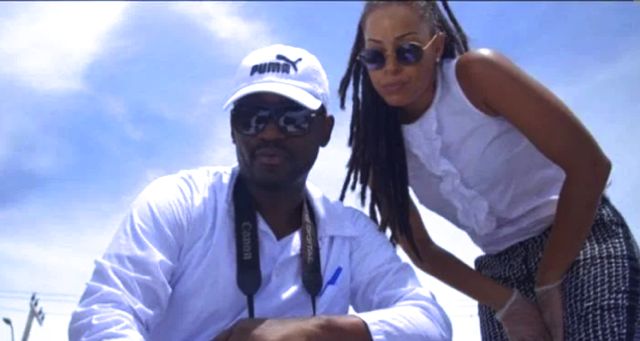 The iconic VP Records label recently teamed up with the one and only Dameon Gayle—the multi-talented music producer, musician, and video director—for an invite-only Zoom video chat session that also served as the premier of Jamaican dancehall artist, Busy Signal’s latest single and music video—‘Seen It Before’.  However, this production is not your ordinary music video in that it has been referred to as a music ‘mini-movie’, if you will.  What’s more, the song ‘Seen It Before’ itself is an exclusive offering on the VP Records label’s via Volume 61 of ‘Strictly the Best’.  And it surely goes without saying that the highly acclaimed VP Records is royalty in the realm of independent and Caribbean-owned music labels and is best known for releasing music by top-level artists in the reggae, dancehall, and soca music genres.

The VP Records label was established by the late Vincent “Randy” Chin and his wife, Patricia Chin.  The Chins had owned the famous Randy’s Records store in Kingston, Jamaica before relocating to New York City and setting up a VP Records store in the borough of Brooklyn.  It was from there that the Chins sold and distributed records before moving the store to Jamaica, Queens in 1979.  At that, the VP records label was officially formed and it is key to note that the letters ‘VP’ derive from the first letters in the names of Vincent and Patricia.  Since then, the label has embraced the globe with its musical tentacles reaching into seemingly every corner of the world.

And so earlier this month in tandem with VP Records, Busy Signal debuted the prequel to ‘Stay So’—which was the ‘Seen It Before’ short film that was expertly produced by the video director extraordinaire, Dameon Gayle, who has been gaining more and more notoriety for his talents seemingly by the day.  Prior to the recent ‘Seen It Before’ release, Busy Signal’s colossal hit—‘Stay So’—and accompanying music video (also produced by Gayle) garnered over 38 million streams on the ever-popular YouTube video channel.

In the run-up to the official launch of Busy Signal’s ‘Seen It Before’ music mini-movie, the November 4th exclusive Zoom talk session with Director Dameon Gayle turned out, in many respects, to be a ‘reasoning’ as Jamaicans say in the island’s common parlance known as ‘patois’.  To set the scene, the backdrop to the ‘Seen It Before’ music mini-movie was in the Waterhouse community of West Kingston where area dons were battling over turf.  For those who do not know, Waterhouse has enormous significance in the annuls of Jamaican music and athletic history.  The legendary music recording studio—which has been manned by Lloyd ‘King Jammy’ James for many decades—has its home base in Waterhouse.  Dancehall goliaths Beenie Man, Vybz Kartel, and Olympic track and field legend, Shelly-Ann Fraser-Pryce also are originally from Waterhouse.  Dancehall deejay giant, Bounty Killer–while from the close-by Seaview Gardens—spent a lot of time back in the days in Waterhouse as perhaps King Jammy’s biggest gem in terms of the many artists he successfully nurtured to mega-stardom in his recording studio.

Fittingly, Dameon Gayle said during the Zoom chat that the Waterhouse community was inspiration for the ‘Seen It Before’ music mini-movie, which is both comedic and digestible according to the masses who have viewed the production.   Gayle wears many hats so to speak, as before getting into film production he learned to mix and produce music while learning how instruments and their sound frequencies work together.  Being a former band member of reggae artist, Fanton Mojah, gave Dameon that insight.  And so, the ‘Seen It Before’ music mini-movie was produced by Warrior Musick Productions headed by Gayle in association with VP Records.  On the Zoom video call, Dameon gave kudos to the production’s cast members in attendance—Jermaine’ ZBEK’ Nelson, Johnoy ‘TV Boss’ Williams, and Cornelius Grant.  While not on the Zoom chat session, her presence was certainly felt; that is, Kamila McDonald (Jamaican personal trainer and fitness personality who founded the online training program, Kamp Kamila. She has also been a fitness ambassador for Adidas, as well as a book author).  Kamila plays a detective alongside Busy Signal in the ‘Seen It Before’ music mini-movie—which has received superb reviews since its release last week.  Review comments have been along the lines of great angles and use of lighting, excellent one-liners, and location authenticity.   On the heels of such a positive reaction from the masses, Director Dameon Gayle indicated that in aiming to continue to do short musical films—such as he has been doing—a chief goal is to highlight the talents of actors in Jamaica who may not otherwise have a platform to showcase themselves.