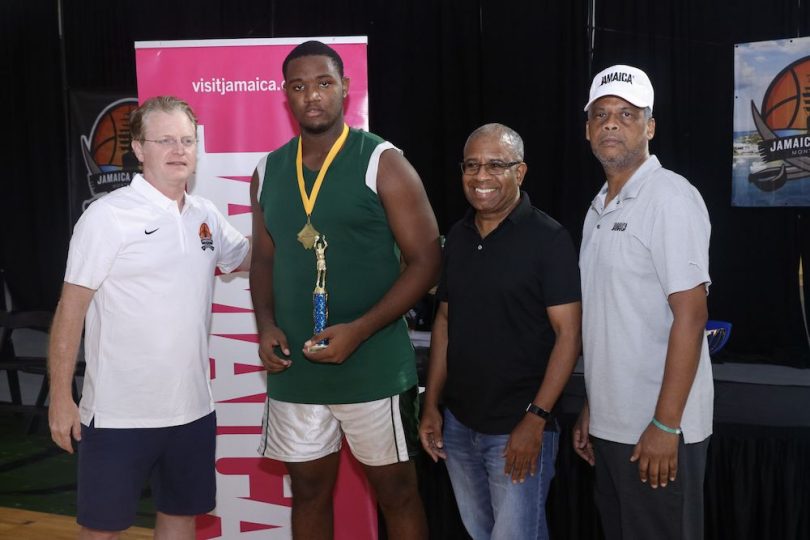 Calabar High are the champions of the inaugural 3on3 Basketball for Jamaican High School Boys. The Kingston-based school, which also topped the southern zone, beat Herbert Morrison Technical 13-11 in overtime after the teams had tied at 11-11 following regulation time. Excelsior High were third place in the competition that saw 10 teams taking part.

Calabar High’s Mark McGowan was named the tournament’s Most Valuable Player and was also the leading scorer with 16 points. The 3on3 finale was part of the weekend of the 4th Jersey Mike’s Jamaica Classic held at the Montego Bay Convention Center.

The competition is part of the 4th Jamaica Classic weekend held on Friday November 18 – 20 at the Montego Bay Convention Centre.

This is the first of a five year contract that will see top performing teams from Division One play in Jamaica. For more information, go to www.jamaicaclassic.com

The Jersey Mike’s Jamaica Classic is located just 90 minutes south of Miami. Conveniently located in one of the most iconic destinations in the Caribbean – beautiful Montego Bay, Jamaica. The new SMG managed Montego Bay Convention Centre was the host of all tournament games.