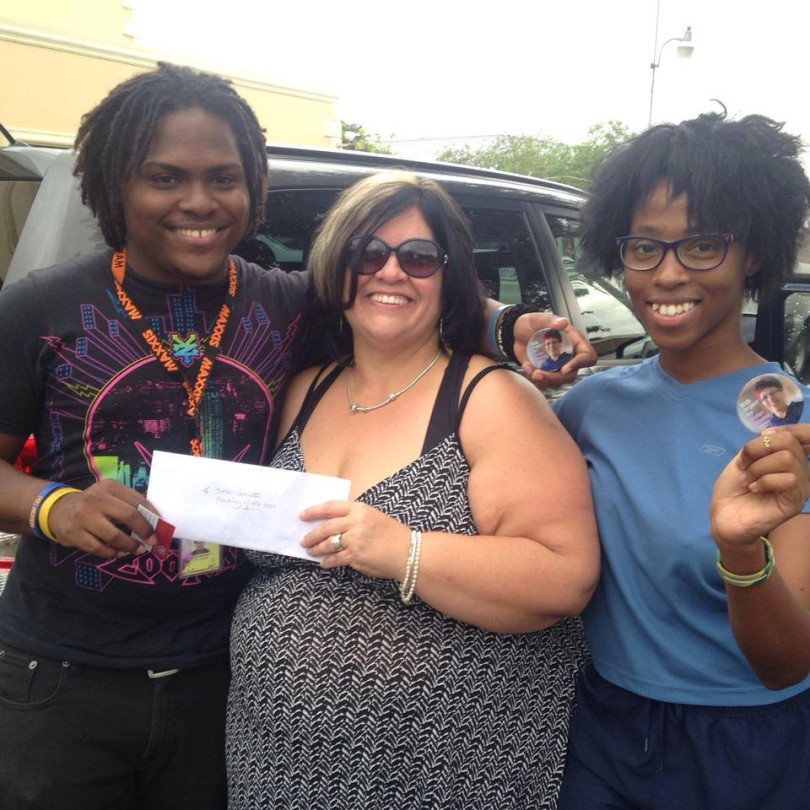 After many months of suffering with fatigue and other emphysema related symptoms, I fell quite ill at the end of January of this year. I spent the next 30+ days hospitalized, undergoing various treatments and surgical & diagnostic procedures. The past year and one half of suffering gastro pain and discomfort and mis-diagnoses of Irritable Bowel Syndrome, had finally culminated in the discovery of damaged liver, blocked biliary ducts and a blocked duodenum. Words of caution to others…. when faced with symptoms and pain DO NOT trust in one diagnosis or treatment…. go for second opinion OR ask for further examinations, don’t trust the easy guess! If my original specialist had sent me for an ultrasound it is highly likely she would have found the mass earlier.

When I was finally discharged on March 2, I left with a double PICC line and internalized biliary tube and met with an oncologist who finally gave me the confirmed diagnosis of pancreatic cancer. It was earlier determined, my emphysema was so progressed, surgery was not possible as my lungs would simply not withstand an 8+ hour surgery.

Prognosis, 4 months, perhaps 6 with chemotherapy treatment. As chemo was my only option at that point, we agreed to take that option.

Once my illness was fully discussed, and partially as a result of all the calls from members of the community, friends and various medical teams and appointments, I realized that it would be far too tiring to have an ongoing stream of visitors over and above the appointments in home and at the cancer centre.

For more than 20 years, I have unselfishly given myself and my time to a variety of Jamaican community endeavours, whether as a very active volunteer member and as an Executive member, as well as an active player / member of various Domino clubs throughout Ontario and Quebec. With this in mind, and as my time with this lifetime was now going to be limited due to my changed health, I wanted to commit to an organization which had inspired me over the past many months. Feeding of the 5000 in Jamaica was created three years ago, and is maintained by two young people – Jordan and Josh Bennett in Kingston Jamaica. Their mandate is to reach out to members of the community who are less advantaged, whether as homeless persons, families needing assistance with groceries, the elderly and a school housing children with handicaps. Their love, kindness and generosity is infectious, and one can only watch their interactions with the community and want to be a part of that.

As a result, I decided to host a fundraiser domino tournament and invite not only players / friends from Ottawa and Montreal, but also friends and community members who had either reached out or who wanted to visit – so I could see as many people at one time as possible without tiring myself out on a regular basis. Due to my limited mobility, the physical actions required to host this event were completed by my son Cody and his girlfriend Hind, friends Tammy Thompson, Jay Castonguay, Sandie Nault, Patrick -DJ Sunshine, and catering by Mike Singh of Tropical Heat. It was made clear that negative people would not be welcome and we only had to evict one such idiot that was clearly only there for his own selfish purposes!

As such, the Domino fundraiser was held in early May and once the expenses were covered, an amount of $400 was joyfully collected. A few days later, Jay Castonguay advised that a Sister from our Union had donated an additional $200 towards our efforts and this new total would be hand delivered by Jay and her husband Max, to Jordan Bennett during an upcoming trip at the end of May. Can’t wait to thank Max in person for sending me a toque with Jamaican colours to cover up to unfortunate loss of my locks!

Blessings have been many during this time. A Union Convention I missed in April due to my health issues, became a key contributor towards our second donation – Sister Heather Brooker, working in Russia, donated items from Russia to be raffled at Convention by my Local /Regional Team. They raised $1,323 through those sales and thanks to my Executives led by President Rose Touhey, and Regional Officers Doug Marshall and Karl Lafreniere. In addition to a variety of CT scans, other procedures, chemo treatments and medical appointments, my oncologist advised that my tumour had been ‘stabilized’ and I was now qualified for a second combination of chemo, so I would be receiving two types of chemo (Gemcytabene and Abraxane)…. Abraxane is really strong and caused a quick reaction – side effects suck!

In addition to my life now being extended a bit more. Jay advised that one of the Union committees we are involved with had arranged for support buttons to be made, with a goal of perhaps adding to the original donations with the distribution of these buttons. She was also instrumental in requesting support for other funding but we do not have the full details at the time of writing.

On July 3, my good friend Jay and wonderful husband Max. took time once again to meet with Jordan, and delivered the second donation from Ottawa….. which came to approximately $1,550. To date, $2,150 has been delivered in total. (please note that all amounts indicated in this article are in Canadian funds)

HOW CAN OTHERS HELP??

If you are in the Toronto Canada area, contact Sandra Sylburne for her Barrel Program later in October….

OR…. start your own Barrel or Funding program in your own city (encourage other organizations to initiate or support)