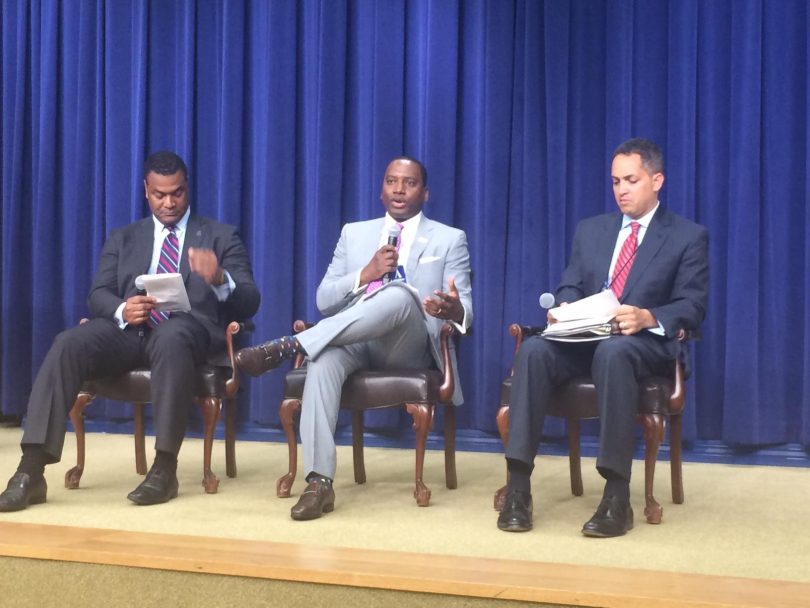 On Wednesday, June 22, 2016, the Embassy of the Republic of Haiti was honored to be a part of the National Caribbean-American Heritage Month Celebration at the White House. This event highlighted the many important contributions of Caribbean-Americans to the United States.

Inspiring panel discussions featured prominent figures from the Haitian-American community discussing topics such as the influence of the Caribbean-American population on the United States cultural landscape in trade, business, energy, music and an array of other topics. Young emerging leaders such as Nancy Douyon of Google and community activist Francesca Menes shared their unique contributions and the growing impact of Millennials of Caribbean descent in cultivating the political, economic and social fabric of the United States. The panel discussion which featured the impact of Caribbean culture on America through the voices of Caribbean-American artists, including Haiti’s very own Emeline Michel, highlighted the influence of Caribbean music spanning decades and its presence at the core of many musical movements.

Following the panels, the Embassy of the Republic of Haiti, in collaboration with the Institute of Caribbean Studies (ICS), hosted a reception to the delight of the attendees. For the occasion, the Embassy invited Chef Stephan Berrouet-Durand who recreated Haitian specialty dishes such as, “Soup Joumou” “Chicktaille” “Croquettes de Lam Veritab” “Mais a la Bonne Femme” and “Ti Punch” to the enjoyment of the guests. The festivities included a musical performance by renowned Haitian artist, Emeline Michel and singer/songwriter, Dener Ceide. The night ended flawlessly with the audience and artists from all corners of the Caribbean singing along to Bob Marley’s “One Love.”