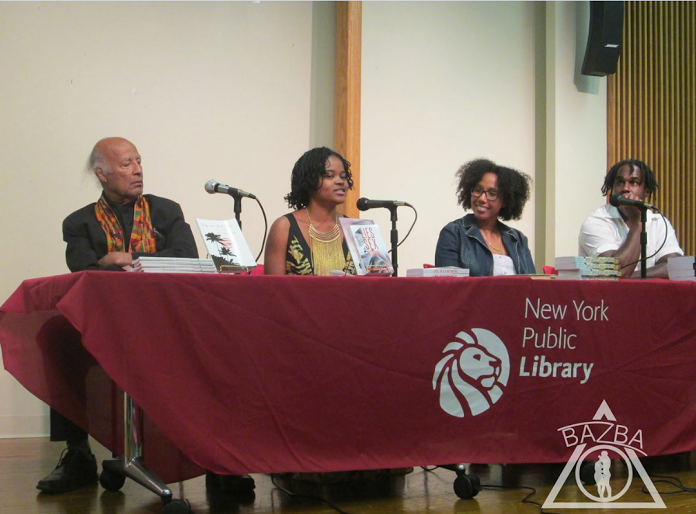 Bazba Theatrical Players Ltd (Bazba) reported good exposure for the Caribbean authors who they represented at the 17th annual Harlem Book Fair which was held on July 18, 2015 in Harlem, New York City. Bazba was the official flagship carrier of the English Language Caribbean books at the fair. It was an all-day, indoor and outdoor event supported by Colombia University School of the Arts, The New York Public Library (Schomburg Center for Research in Black Culture), Barnes and Noble Booksellers, C-SPAN 2 Book TV, Hotel Beacon and City Sightseeing New York and Dark and Lovely.

Books carried by Bazba, a Jamaican based publishing and literary arts company, represented independently published authors from the region and works from other publishers with Caribbean connections. Among Bazba’s collection was, The Land of Love and Drowning by Tiphanie Yanique of the Virgin Islands. Yanique was awarded 2015 Harlem Book Review, Phillis Wheatley Award for Fiction; the award is named in honour of African born and American enslaved poet, Phillis Wheatley, the first published poet of African American descent.

The selection of one of Bazba’s featured authors as an awardee helped to generate more interest among patrons. Additionally, a panel discussion focused on ‘Writing the Caribbean Life’ held at the Countee Cullen Library Auditorium gave the Bazba represented authors, Basil ‘Kusoonogu’ Lopez, Denecia Green, Russell Brooks and Tiphanie Yanique a platform to share expressions about writing from a Caribbean perspective.

Founder of the Harlem Book Fair, Max Rodriquez said, “The Caribbean and its writers have a long history of impacting world literature and culture. Especially so American culture and geography, which is thoroughly informed by the migrational and cultural contributions from Caribbean peoples. The Harlem Book Fair is the fitting opportunity to acknowledge the Caribbean contribution to the literature of the African diaspora, to American culture and to give it its rightful place in the canon of world literature.”

Young adult and graphic novel, fiction writer Denecia Green of Jamaica, whose writing career started at the Teen Herald, said that the festival gave her a lot of exposure. “It opened a world of opportunity for me. I was able to speak on a main stage in front of a large number of people for the first time, and was interviewed for an hour on Mello FM in Brooklyn.” Green promoted her novel Lies, Sex & Betrayal.

Bazba’s goal is to attract more Caribbean nationals to the fair, and will continue to focus on that as it prepares for Bazba’s 6th year involvement at the fair and its 2nd year representing Caribbean authors.