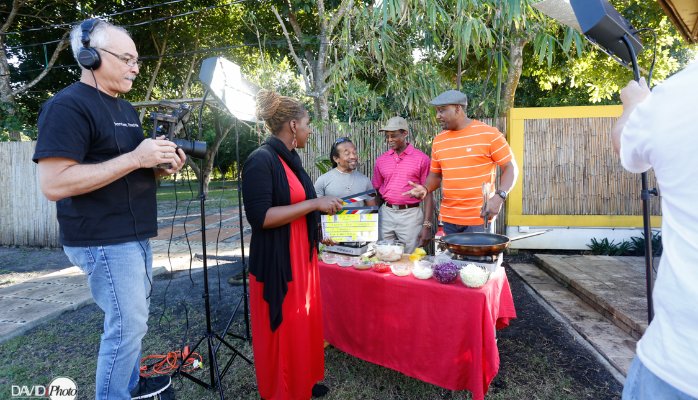 Most people who know me now don’t know that I used to sing professionally. I’ve toured Europe, the Caribbean and North America as part of the entourages of Beenie Man, Kevin Lyttle and Kymani Marley… way back in the day of course. During the 16 years I was in the music industry, I felt that the bigger platform it potentially offered would eventually lead me to a higher purpose. But neither the big platform nor the big purpose ever came.

Somehow I fell into television and all that changed. I was able to interject my own thoughts and theories into the things I produced the way I do with this column. I gained the power to share a perspective, and the perspective I chose was life from the point of view of an intelligent, progressive Caribbean American.

There are several million of us in this country. You probably know quite a few yourself. I was told by a television programmer recently that we are intelligent enough that they don’t feel they need to facilitate specially targeted content for us because we consume what everyone else is consuming. As far as I know, African Americans, sports fans, business people and so on are all intelligent, yet there’s all kind of content to reflect them and their interests.

I decided to do something about it, and now slowly but surely change is coming. On December 7th,2015 Caribbean American lifestyle series “Island Origins”, presented with the active participation of the South Florida Times, began airing in primetime immediately following the iconic Caribbean travel magazine “Island Stylee”. Both shows are available from the Keys all the way north to Vero Beach. South Florida’s English-speaking Caribbean population once again has a consistent, thoughtful voice on mainstream television, and I’m so proud to be a part of it.

This represents a space for the aspirational to the affluent within our community to galvanize around shared interests and common issues. I invite you to watch, laugh, learn and feel proud with us as we start the next chapter in the growth of South Florida’s Caribbean media.