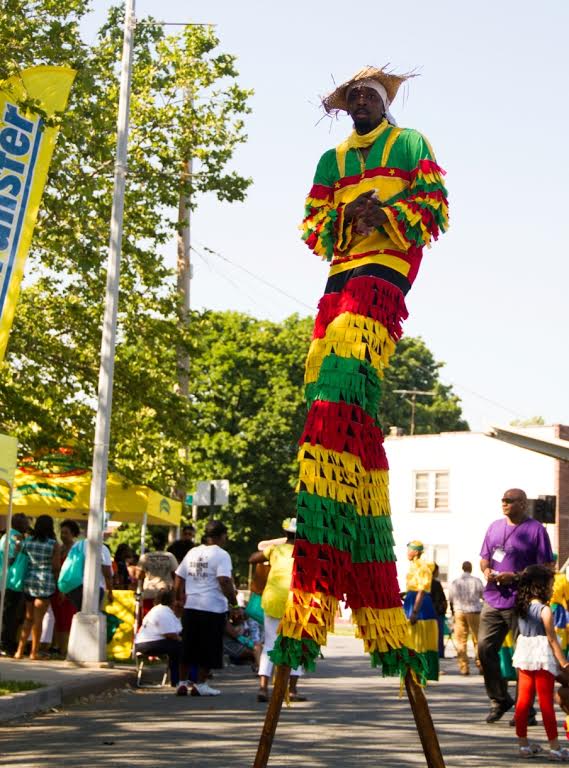 The music, culture and cuisine of the Caribbean Islands will be on colorful display once again when Braata Productions in association with Sam’s Caribbean Marketplace presents the 2017 Bankra Caribbean Folk Festival on Saturday June 3 beginning at 12 noon.

The third annual edition of the outdoor festival will take place on 160th Street between Jamaica Avenue and 90th Street in Jamaica, Queens.

The one day festival is fast becoming one of the largest and most eagerly anticipated summer events of its kind in New York City, attracting patrons of all ages who are treated to an array of cultural activities from across the Caribbean.

This year’s event will again feature a food pavilion with cuisine from various islands, face painting and clown activities for children, cultural exhibits, and participatory folk games and dances for patrons.

Returning too are the twenty foot high ‘stilt walkers’ who have both enchanted and amazed  audiences with their movement, dance  skills and dexterity at previous editions of the festival.

The high point of the event will again be the Grand Cultural Concert  which begins at 4pm and which will which will feature music, dance and drumming performances  from a lineup of celebrated Caribbean artistes, to be announced in due course.

Executive Director of Braata Productions and Founder of the Bankra Festival Andrew Clarke, is elated at the remarkable growth the event has seen  since its inception in 2015.

“The excitement and anticipation for this year’s event is unprecedented and we are thrilled about that. We think it is largely attributable to a great hunger and curiosity about all things Caribbean, that manifests itself daily in a wonderful cultural melting pot such as New York.  When we founded this event, we called it a “Bankra” festival because in Jamaica, a bankra is actually a large woven   basket which is usually used to carry an array of food and cultural items.  So we view our festival as a huge basket of culture and folk traditions that we are sharing annually with our growing audience. And they are responding in large and very encouraging numbers.”

The festival is free and open to the public and runs from 12 noon till 7pm.