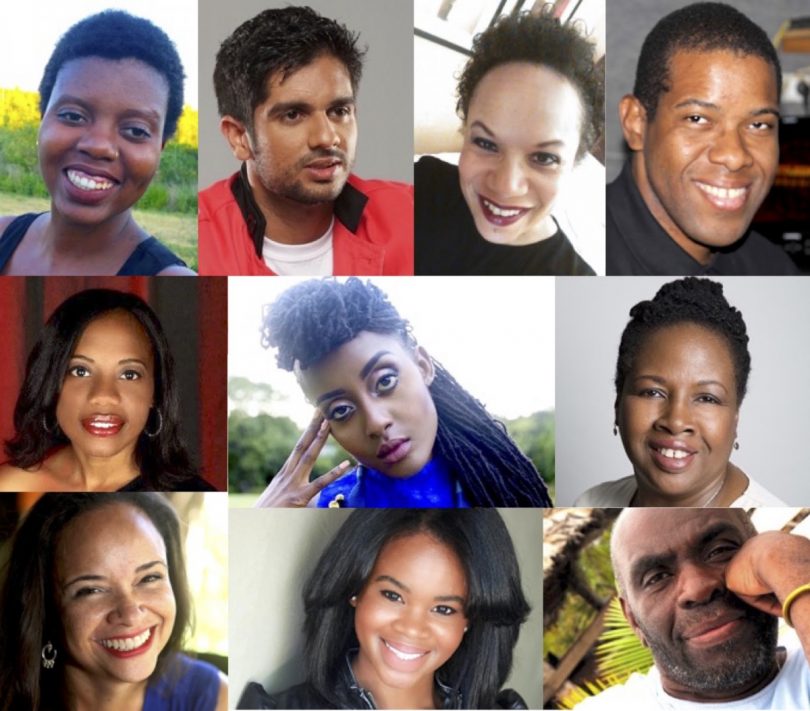 CaribbeanTales and FLOW announced the ten successful participants of the 2016 CaribbeanTales Incubator Program, presented by Flow, at a packed Media Launch on July 6th at the Royal Cinema in Toronto.

FLOW’s CEO John Reid was in attendance, and spoke of the importance of the Incubator Program to the development of the region’s filmmakers and film and television industry.

Reid said: “CaribbeanTales is helping filmmakers and talented individuals from around the Caribbean develop a stable of compelling and creative content that is not only relevant for our region, but for the global market as well. The incredible, passionate work is certainly putting homegrown content on the map and we are proud to be a sponsor of the CT Incubator Program.”

Now in its 7th year, the Incubator is a development and production hub for Caribbean and Diaspora producers, whose aim is to increase the volume of compelling world class content from the Caribbean region. Flow is the lead sponsor of the CTI, as part of its commitment to developing the regional industry. And, for the first time, three winning projects will receive pilot funding from Flow.

CEO of CaribbeanTales, Frances-Anne Solomon said: “This promising partnership with Flow provides, for the first time, a consistent mechanism through which the most compelling regional projects from the most talented producers can get funded and be seen by wide audiences region-wide. I am looking forward to working with producers to build on this important milestone in the establishment of a sustainable indigenous industry in the Caribbean.”

After receiving a record breaking number of applications, projects were assessed by a team of industry professionals.  The 2016 selected projects are as follows:
From Trinidad and Tobago, and sponsored by the Trinidad and Tobago Film Company: Bitter Fruit, a gripping telenovela full of intrigue and betrayal, from actress, director and producer Juliette McCawley; Big Man Dan, an off-beat animation series by Kafi Kareem Farrell, screenwriter and multi-platform media producer; and Sean Hodgkinson’s new risque melodrama , The Weekend. Hodgkinson’s award winning feature film Trafficked will have its Canadian Premiere at the CaribbeanTales International Film Festival immediately following the Incubator.

From Barbados, Menelik Shabazz’s dark soap opera HEAT, delves into murder, class, and deceit behind closed doors; while Battledream Chronicles, by Martinique’s Alain Bidard is an animated science fiction fantasy series adapted from his feature film of the same name.  Battledream– the first  – feature-length animation from the Francophone Caribbean — will be have its North American Premiere at CTFF2016.

The three remaining  projects are from the Caribbean Diaspora. Brooklynites, by Esosa Edosomwan, features the aspirations and dreams of a pan-Caribbean group of twenty-something friends;  Mo’ Love by Canada’s Glace Lawrence is a strong female-driven sitcom set in Toronto’s East End; and, Money Money Money is a madcap comedy series, from Holland-based producer Monique Dikmoet.