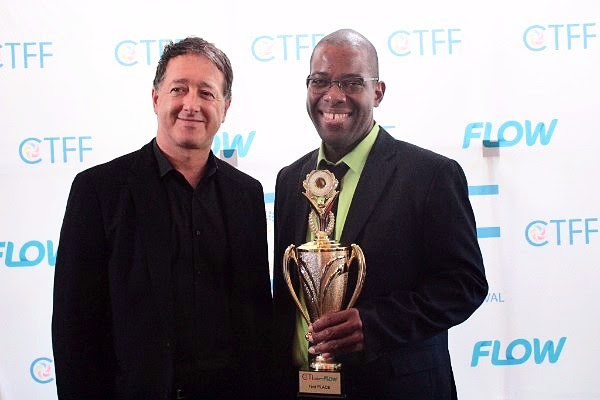 Three of the Caribbean’s leading film producers will now develop pilots for their original TV series projects, via funding from Flow and CaribbeanTales Media Group.

With $40,000 funding for each project, production work will begin on Battledream Chronicle, a sci-fi/drama animated series created by Alain Bidard, which is based on his groundbreaking multi-award winning feature film; Heat, a sweltering crime/drama series filmed in Barbados from iconic filmmaker Menelik Shabazz (Burning an Illusion, The Story of Lover’s Rock and more); and Caribbean Girl NYC, an ensemble female-driven sitcom from NY-based Guadeloupian filmmaker/producer Mariette Monpierre, whose award-winning film Elza won, among others, the prestigious NYT award.

Support for these pilots is part of CaribbeanTales Incubator Program (CTI), a year-round development and production hub for Caribbean and Caribbean Diaspora Producers to support the creation of strong, compelling and sustainable regional content for the global market.

“We recognize the significant hurdles that Caribbean Producers face in financing and producing their content, and getting it out to audiences,” said John Reid, CEO of Cable & Wireless, operator of Flow and lead sponsor of CTI.

“We are honored to help support this programme that is enabling the production and monetization of this exciting emerging cultural industry.” Production on the pilots will begin in April 2017. They will premier later this year at the twelfth annual CaribbeanTales International Film Festival (CTFF). Flow is also the lead sponsor of CTFF, a mix of exciting and dynamic films that showcase diverse, shared stories and cultures, and celebrates the talents of established and emerging filmmakers of Caribbean heritage. The festival will be held in Toronto, Canada between September 6 and September 20, 2017.

As an added bonus, an eight-part documentary series has been filmed and is currently in post-production. The series follows the ten teams of filmmakers who competed for this prestigious award, and will be shown on Flow1 later this year.

Frances-Anne Solomon, CEO of CaribbeanTales, states, “We are delighted that, together with Flow, we are able to provide the Caribbean’s top filmmakers with funding and a platform to produce top quality, local, content with the capacity to reach audiences across the region and the world.”