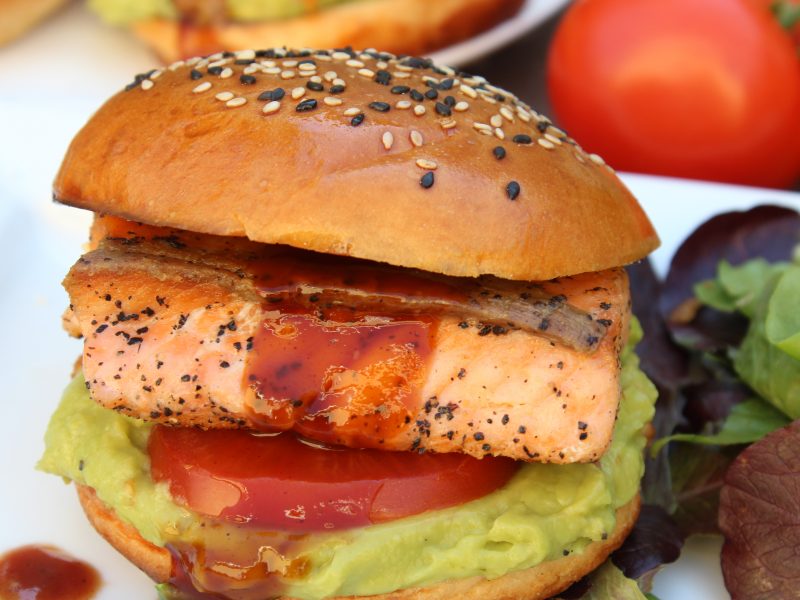 “This salmon sandwich is very easy to make and a great, light burger for the summer. You may probably never make salmon any other way again. Not only is it quite suitable for summer but it’s also a healthy treat.” – Chef Noel Cunningham, Cuisine by Noel

Salt and pepper to taste

Preheat frying pan with oil over medium heat.Rub salmon on both sides with salt and pepper. Sear until cooked through, 3 to 5 minutes per side; remove from frying pan and set aside.

Make the avocado spread: stir salt to taste and 1 teaspoon fresh lime juice into the mashed avocados until well combined.

To assemble sandwiches: spread some of the avocado mixture on each bun and top with a slice of tomato then salmon. Serve with a side of fries or salad. 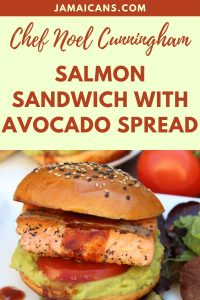