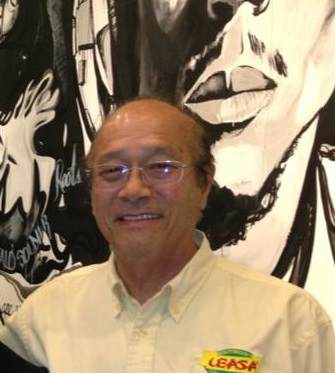 Chinese-Jamaican George Yap’s warehouse in Liberty City didn’t burn in 1980 because his employees, former drug addicts and ex-convicts who lived at a nearby halfway house, protected the property from rioters. Yap, 75, was born in Kingston, and now operates Leasa Industries Inc. in Miami, Florida, a company that each year supplies some 80,000 pounds of onion, alfalfa, spicy and kale sprouts to stores throughout the Caribbean and Alaska. Yap has hired people from his neighborhood to package his sprouts from the start. Today, sales at Yap’s company total more than $10 million per year, but his life wasn’t always easy. He was sickly child growing up in Jamaica and never graduated from high school. Early on, he sold roast pork and rice to Chinese shopkeepers and ultimately found success in vending and slot machines. Political turmoil in the 1970s caused him to lose his business, and he immigrated to Miami in 1976 with $50 to his name. He lost thousands of dollars trying to launch his sprout business, but with loans and guidance from Taiwanese manufacturer and a United Nations scientist, his company grew into a massive complex that includes refrigerated storage, fields of sprouts, and many employees, some of whom have checkered histories, but are devoted to him for giving them a job and a chance.