The coming of the Yuletide season in Jamaica is often times heralded by the variety of Christmas Corals that we begin to hear on the radios; which usually begins from the first week of December, you would hear songs like;

Long Time Ago in Bethlehem, Hark the Herald Angels , I’m dreaming of a white Christmas and The Merry Christmas Polka

And as we drew closer to the special day, the frequency at which these songs are aired intensifies to help to build the Christmas tempo, as we all looked forward to the celebration of Christmas Day.

All throughout my younger life, I was lead to believe that the date we celebrate Christmas was the close to the actual date recorded for the birth to Christ; however, it was while I was doing some research that I learnt the real history of the Season, and realize how much our mode of celebrations is influenced by the variety of customs we incorporate from around the world.

Jamaicans like the rest of the world celebrates the Christmas season in two forms; the first is celebrated in a religious aspect based on Christianity; in that it is considered a holy season marked by religious services to commemorate the birth of Jesus Christ. The second, incorporates many secular customs such as gift giving, feasting, and having a good times, that have been handed down through families and borrowed from other cultures

The old Jamaican religion based on the Roman Catholic and Anglican faith that we inherited from the British rule, traditionally starts the sacred Christmas season with Advent, which begins on the fourth Sunday before Christmas and continues through Christmas Day to end on Epiphany, January 6.
In addition to this church members would go out early in the mornings singing Christmas carols under candle light while moving from house to house on the mornings leading up to Christmas. On Christmas Eve, some churches around the island would hold evening services to include a dramatization of the biblical story of Jesus’ birth, or at midnight some may hold a special candlelight services called the midnight Mass. Many families attend church on Christmas Eve and open their gifts that evening. Others wait until the next morning to exchange gifts.

In addition to being a religious holiday, many Jamaicans observed Christmas as a widely secular event. The holiday season is characterized by gatherings among families and friends, feasting, and gift giving and on a wider scale and a very commercial form in which to make money by making dances and parties.
For example, in large communities the common ground for celebration could often be found in public and secular festivities gather around a decorated public Christmas trees rather than in church to celebrate by religious ceremonies.
One songwriter has been very good in incorporating both the religious and the secular aspect of the Christmas season in this song:

C – Is for Christmas the season of good cheer,
H – Is for Happiness to last throughout the year,
R – Is for Respect that each and all should show, in this holy season where ever you may go.
I – Is for indulgence to know how far to go,
S – It is for Santa clause……………………………………………
T – Is for toys for little girls and boys, around the world where’er you go you’ll find them joyfully
M – Is a for manger the place where he was born
A – Is for angels who watch from dust till dawn
S – Is a for stars that the lead three men are from afar, ……………………………

Have a Merry Merry Christmas where every you may be.
Apart from celebrating Christmas with the wider communities people up also participate in special holiday rituals in their homes, Families often decorate the trees in their yards and sometimes on their streets with Christmas lights, they would also decorate the evergreen trees (a tradition introduced by the Germans that has spread worldwide) with blown-glass ornaments, tin angels, stars, paper chains, candles and other decorations to made the simple evergreen tree into a beautiful parlor centerpiece at Christmas time. This is also enhanced by placing colourfully wrapped imitation presents beneath them. These imitation presents are later replaced on Christmas Eve night with real presents for the family because we all go Christmas shopping making sure that there is enough gifts to give to the children and loved ones, a practice that helps to draw families together.

The custom of giving Christmas gift has allowed our stores and shopping malls to fill their shelves with extra merchandise and a lot of extraordinary and to unusual items to make a lot of influence in the marketplace on the holiday celebrations. The furniture stores and other shops also invest in mass advertising drive as another way of encouraging customers to purchase Items to give as Christmas gifts.

And for those of our relatives and friends who live aboard, we go out to select The ideal Christmas card one that depicts a family celebration or the birth of Jesus often times with its caption reading, “Merry Christmas and a Happy New Year.”, sending it to them so that they do not feel left out of the festive season.

An Christmas morning activity has been dying but seem to making a comeback is that of Kuminna. It is a Jamaican folk dance where persons would be masked or dress up in costumes to depict the devil, the cow, Pitchy patchy and other characters, go out dancing in the street on Christmas mornings progress of from door to door to receive gifts of food and drink. Their costumes and dance moves were of such that they would scare the little children to tears, as they believe that the characters were real.

But as we celebrate this Christmas season, there is more than the occasional boy or girl who feels left out of the Christmas celebrations. There are those without a family, many in Foster care or children’s home and some are even on the streets. With the spirit of giving in the air, many of these children are treated by special growth or organizations. Many have given hope to these children by participating in fund raising events that raise toys and send to the children as gifts while soma assist in providing or helping to giving them a special meal as a Christmas treat. Still yet somewhere around the island there is someone who will be left out, some one who will echo in their mind the words of this song: 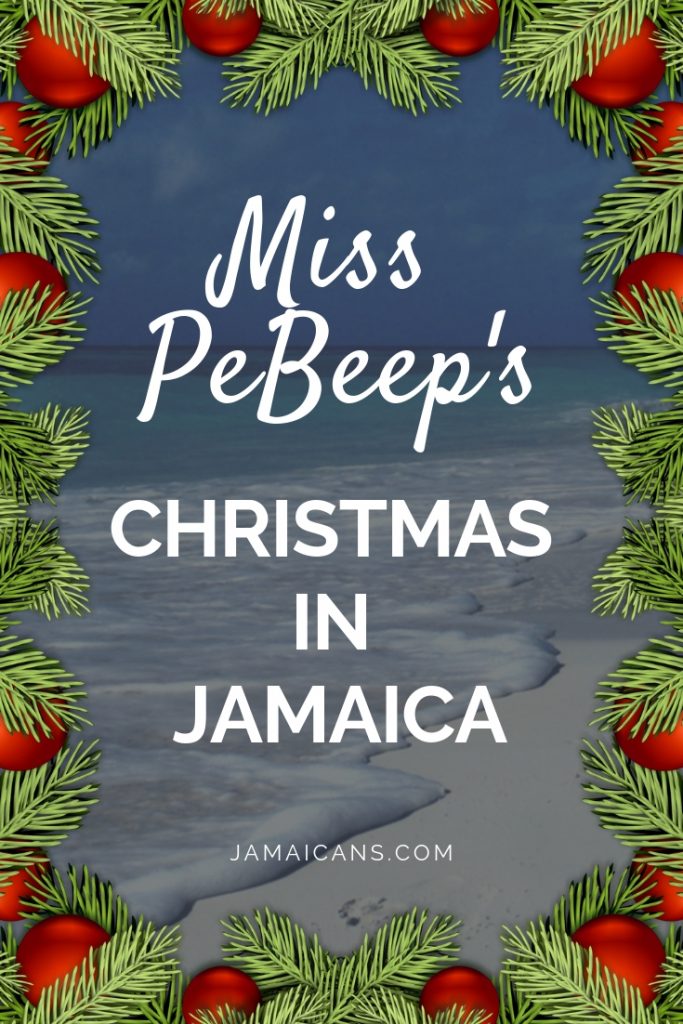