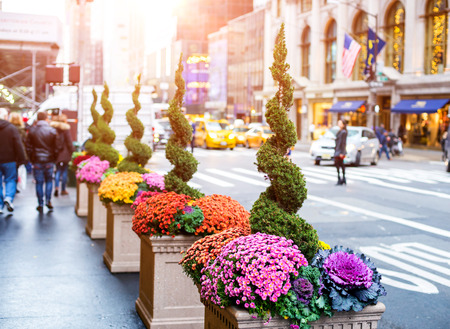 For me, driving for Uber is not a job – it’s a joy! Especially now that Summer has finally arrived in the US, driving around the city, is a joy. the flowers are in full bloom, the trees are in blossom and everything has taken on a golden hue. Even on those days when the mercury hits the 90s and above, driving around all day in an air-conditioned vehicle is bliss.

I drive during the early hours of the morning anywhere from 7 am onwards and on a good day, I’m taking a prolonged break by 11 am and then sauntering back to my vehicle at around 2 or 3 pm! The biggest advantage of being an Uber driver is the freedom to work to your own schedule. There is no supervisor to account to – no one to tell you that it’s not convenient for you to take 3 hour lunch!

I also drive evenings until midnight and on weekends, I’ve been known to work as late (or early) as 4 am to ensure that I maximise the fares from the party crowd. Typically they can be found in Manhattan, the teenagers and young adults with money to burn and a carefree spirit who are simply out to get as drunk as possible in the shortest time. I’ve had a gaggle of girls in the back of my car – screeching at the top of their lungs because they’re not aware that we’re in a confined space. Their accents sometimes grate on my ears, brittle tones and affected pronounciations make me yearn for the lyrical sounds of a cultured Jamaican accent.

There’s something spiritual about driving through almost empty streets, as different as night from day. Even the other drivers you encounter at these times seem kinder, nicer – even polite at times. I guess that as the traffic is reduced, so the stress levels taper off and drivers are in less of a hurry to get to their destination.

I never thought I’d say that driving for a living could be therapeutic., especially since I’m a bit of a road hog, you HAVE to be aggressive to drive in New York. Now, I’m not saying one should be reckless, but you have to toughen up to compete with all the other taxis on the road – especially those yellow cabs. It’s really true that they feel New York belongs to them; they swerve in and out of traffic, cut in with no indication and then want to turn round and curse you out. However, spending time on the road makes for great meditation and contemplation on downtimes between rides. It’s ironically a great way to de-stress.

Jamaicans are typically extremlely hard workers – I’m not sure what the motivation is, but I know driving for Uber has really brought out the ‘get that money’ mentality in me. I think it might have something to do with the fact that you get a minute-by-minute account of your earnings. I think that fact makes you want to hit the next milestone. I set goals for each day and so far, I’ve been fortunate to not only attain those goals, but also surpass them.