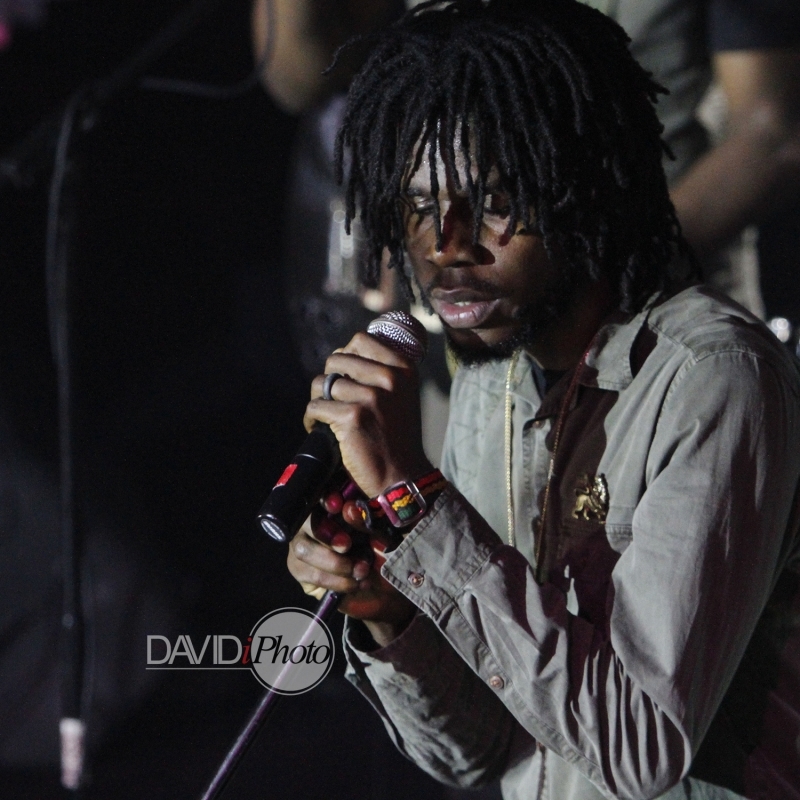 In the relatively short time since Jamar McNaughton, aka Chronixx son of roots reggae artist Chronicle, burst on the scene with his serious and thoughtful music, he’s made great strides in energizing another generation of reggae lovers. His tours are sold out love-fests, he has snagged not one but two appearances on NBC’s popular late-night ‘Tonight Show Starring Jimmy Fallon” and is the 2017 ‘face’ of Adidas.

Chronixx returns to New York in April 2017 as part of a 39 city tour where he showcases his debut LP “Chronology”. There are 3 dates when New Yorkers can catch the popular roots reggae artist and his band Zinc Fence Redemption whom some are claiming in the true heir to Bob Marley’s legacy; Brooklyn Bowl, Brooklyn NY on April 24, the Bearsville Theatre in Woodstock, NY on April 29, and April 30 at the Paramount Theatre in Huntington, Long Island. Sheron P’s Conduit Show – Saturdays 11 am to noon at wwwtheenglishconnectionmedia.com and Sundays 6-9 pm at www.e2onair.com