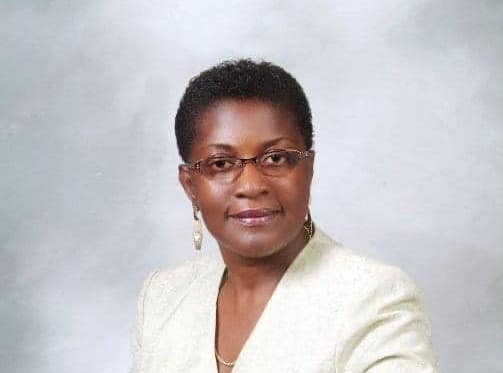 Mayor Hazelle Rogers of Lauderdale Lakes has received Jamaica’s National Honor, the Order of Distinction, Rank of Commander Class, in recognition of her 25 years of outstanding public service. Jamaicans in the Diaspora and civic leaders applauded the award, and the CIty of Lauderhill proclaimed September 29, 2020, as “Mayor Hazelle Rogers Day” to mark the honor. The proclamation was presented by Lauderhill Mayor Ken Thurston and the City Commissioners at their Virtual Commission meeting.
Among the leaders invited to honor Mayor Rogers was Oliver Mair, Jamaica’s Consul General, who noted the Mayor’s numerous accomplishments leading to the House of Representatives in Florida advocating for economic development and cultural diversity programs that provided direct benefits for Diaspora nationals. He also praised Mayor Rogers for her “outstanding” leadership. Dale Holness, Broward County Mayor, and Dr. Allan Cunningham, Global Jamaica Diaspora Council member for the Southern USA, were also invited to the virtual proclamation ceremony.
The formal presentation of the National Honor will take place in Kingston, Jamaica, on October 19, 2020, where Mayor Rogers will join other honorees at the annual National Honors and Awards Ceremony at Kings House, which is hosted by Sir Patrick Allen, the nation’s Governor-General.
Mayor Rogers has been described in her Florida community as “the matriarch of Caribbean politics. A Jamaican national, she is the first individual from the English-speaking Caribbean American Diaspora to be elected to serve in a political office in the southern US.
She began her career in public service in Lauderdale Lakes in 1996. In 2008, she was first elected to Florida’s House of Representatives, becoming the first Jamaican and just the second person from the English-speaking Caribbean to be elected to the House in the state’s capital city of Tallahassee. She was instrumental in advancing Caribbean Diaspora initiatives and starting the Caribbean Heritage Day Celebrations at the Capitol. These events celebrated the contributions made by Caribbean Americans to the development of the US.
Mayor Rogers has received several national and regional awards, including the Jamaica Diaspora Honors “Changemaker’ Award in 2012. This award is presented by the Consulate General of Jamaica to people and organizations that have made meaningful changes affecting Jamaica’s Diaspora and the broader community in the US and Caribbean. She was inducted into the Broward County Women’s Hall of Fame in 2004. A devoted sports fan, the mayor has supported and hosted Jamaican netball teams competing in local and regional events in South Florida.
Mayor Rogers cites her family as her “anchor.” Her husband Clifton Rogers shares her love of community service.