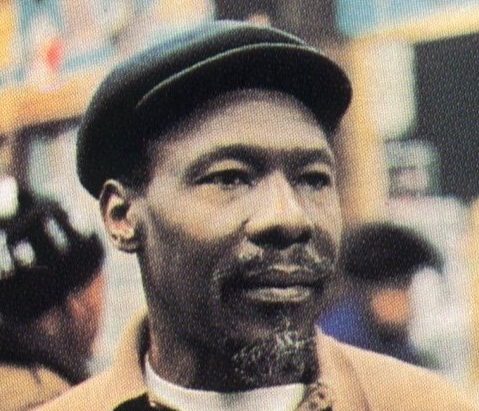 On January 26, 1932, Clement Seymour ‘Coxsone’ Dodd, legendary record producer, was born in Kingston, Jamaica. Dodd was a major force in the development of ska and reggae in the staring in the 1950s. It has been said he received his nickname of “Coxsone” during his school years In referent to his skills as a cricketer, his friends likened his to Alec Coxon, a member of the 1940s Yorkshire County Cricket Club team.

Dodd played records for the customers of his parents’ shop in Kingston, and after spending some time in the southern part of the United States, he became familiar with the R&B music that was popular there. In 1954, in returned to Jamaica and established the Downbeat Sound System as he owned an amplifier, turntable, and some American records. He imported these records from New Orleans, Louisiana, and Miami, Florida.

Due to the success of his sound system in the competitive music scene of the day, Dodd would travel throughout the United States and bring new tunes to Jamaica to attract island fans. While he was occupied with this, his mother Doris Darlington ran the sound system and played the songs. During his career, Dodd opened five different sound systems, each of which played every night, and to handle the operation, he gathered people like Lee “Scratch” Perry, U-Roy, and Prince Buster.

After a reduction in the popularity of R&B in the US, Dodd and others looked to local Jamaican music to meet the demand for new music. The first recordings were made for specific sound systems, but ultimately, the records turned into an industry themselves.

In 1959, Dodd founded World Disc, a recording company, and in 1962, produced the jazz recording “I Cover the Waterfront” on the Port-O-Jam label. Two musicians who played on that record were Roland Alphonso and Don Drummond, who both because founding members of the Skatalites the next year. In 1963, Dodd opened Studio One in Kingston, which was the first black-owned recording studio in Jamaica. His regular Sunday evening auditions to discover new talent included Bob Marley who sang as a member of The Wailers. By the early 1960s, Dodd produced Toots and the Maytals, the Gaylads, and the Skatalites. Dodd’s tune “You’re Wondering Now” was recorded in 1964 by Andy & Joey in Jamaica and later covered by The Skatalites, The Specials and Amy Winehouse; The song is also featured as the theme for the British-French crime TV series “Death in Paradise.”

The “Studio One sound” was prevalent in the 1960s and 1970s, being linked with the sounds of ska, rocksteady, and reggae genres. The studio attracted many of the best Jamaican artists during these years, including Burning Spear, Ras Michael, Delroy Wilson, Horace Andy, and Sugar Minott.

Dodd received a Gold Musgrave Medal in 2002from the Institute of Jamaica and continued his activity in the music industry into his 70’s. He died of a sudden heart attack in May of 2004 while at work at Studio One. He was posthumously honored with Jamaica’s Order of Distinction in the rank of Commander in October 2007 in recognition of his influence on and contributions to the development of the music industry in Jamaica.