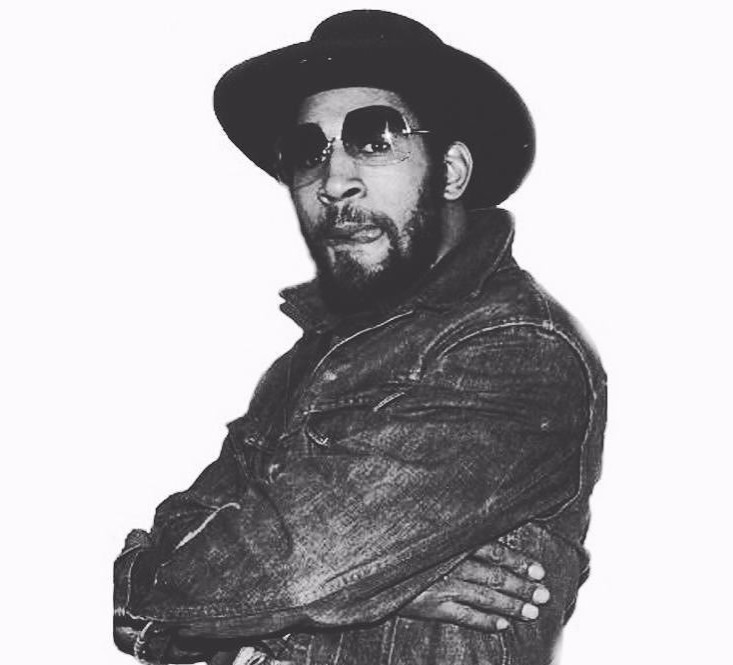 Clive Campbell, better known as DJ Kool Herc, was born in Kingston, Jamaica in 1955 and moved with his family to New York in 1967. Growing up in Kingston, he was exposed to the sound systems of the dancehall neighborhood parties and to the speech used by deejays to accompany the music known as “toasting.” His family immigrate to the Bronx in New York when he was 12. He attended Alfred E. Smith Career and Technical Education High School. His height and build prompted his peers to nickname him “Hercules.” Classmates at the school helped to “americanize” him via an introduction to New York’s street culture, and he took the name Kool Herc. He talked his father into buying a record of James Brown’s “Sex Machine,” which his friends came to his house to listen to. He played more James Brown recordings with his first sound system and found he had an audience for his stylings. He is credited with inventing hip-hop, the popular musical genre that has spread worldwide. He began his career as a deejay in 1973 when he and his sister Cindy threw what was to become the first hip-hop party in history in their Bronx apartment to raise money for school clothes. Hip-hop was, from its inception, a mix of societal, musical, and political influences that had wide appeal. It originated through Campbell’s “Back to School Jam.” Campbell’s innovation was to emphasize the dream beat, or “break,” by isolating the instrumental part of a record. Using the two turntables popularized by disco deejays, he used to two copies of the same record to make the break longer, and the drum solos were the basis of hip-hop. Campbell talked over the beat in syncopated ways that became known as rapping. He appeared in the Hollywood hip-hop film “Beat Street in 1984, playing himself. He performed on the “Super Bad” album by Terminator X and the Godfathers of Threatt in 1994 and wrote the forward to the book on hip-hop, “Can’t Stop Won’t Stop” by Jeff Change. He was involved with have hip-hop commemorated at the Smithsonian Institution museums in 2006 and has worked since 2007 to have the site of the first hip-hop party declared the “birthplace of hip-hop” and placed on the national and state historic registers.