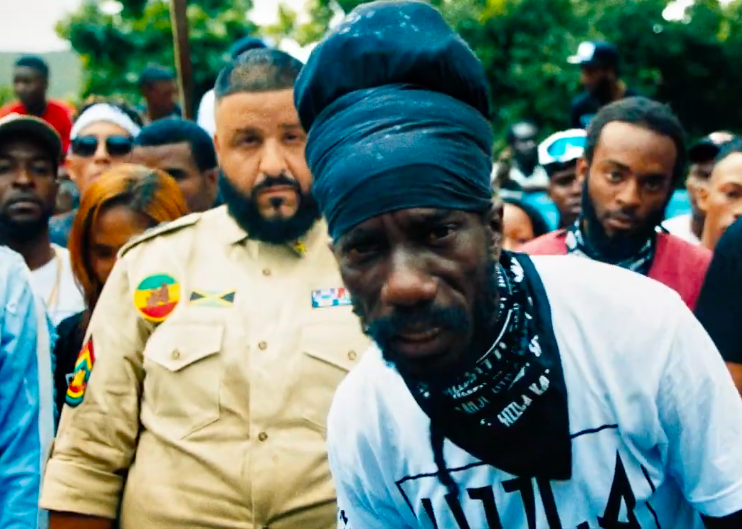 Some of reggae and dancehalls most stellar players have joined to collaborate on a new song by DJ Khaled. The song is called “Holy Mountain” and is featured on the new album “Father of Asahd.” The album was released on May 17, 2019, and offers a line-up of major dancehall and reggae stars on its 15 tracks. In addition to Movado, Buju Banton, and Sizzla, the album features 070 Shake. In “Holy Mountain,” Buju Banton sings the lyrics, ““Right through the gates of hell / Wait that wretched soul that live a life of evil, out of control / Tormented soul, tormented soul, go away / Go away, go away from me / Take them away, Father, take them away, ooh / Right through the gates of Hell / We power over darkness and light,” Banton is also featured on the album’s last single entitled “Holy Ground.” A music video for “Holy Mountain” was created by DJ Khaled earlier in 2019. Parts of the video were shot in August Town, the home of Sizzla, during a visit to Jamaica in December 2018.

Other portions of the video were shot in Miami, Florida, and featured Movado and Jahmiel on the set. A collection of top-quality performances from numerous artists are included on the “Father of Asahd” album, including Big Sean, Cardi B, Meek Mill, 21 Savage, Lil Wayne, Future, Beyonce, JAY-Z, SZA, Post Malone, Travis Scott, Gunna, and more.

Khaled Mohamed “DJ” Khaled was born in 1975 in New Orleans, Louisiana. He came to prominence as a radio host in the 1990s and met several young artists, helping them gain recognition before their breakthroughs, including Lil Wayne and Mavado. In one of his first jobs in New Orleans, he worked at the Odyssey record store where he met Birdman and Lil Wayne. Upon leaving that job, he began deejaying in reggae soundclashes, mixing hip-hop and reggae. His first radio job was at a pirate station. After moving to Miami, Florida, he hosted a popular urban music radio station, which led to his hiring by hip-hop group Terror Squad as the deejay for their performances. He then transitioned into curating albums and issued his debut studio album “Listennnn…The Album” in 2006.