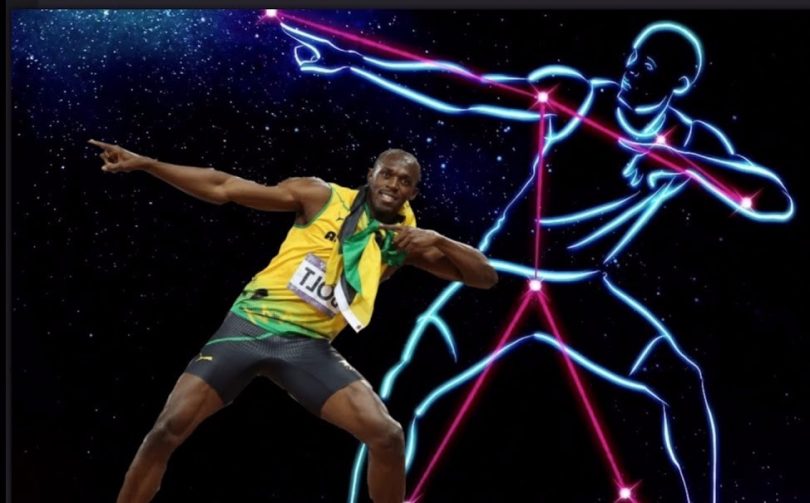 The new constellation, which is a group of stars viewed in such a way as to a form meaningful image or pattern in the sky, is designed to celebrate the achievements of Jamaica’s Olympic champion and sprint legend Usain Bolt. The new star alignments were developed at the University of Birmingham by researchers, who based their creations on current inspirational figures. The goal of their effort is to attract more children to astronomy and the universe.

Their research indicated that the traditional, mythological star formations failed to inspire today’s children. According to the research team leader, Emma Willett, the hope is that the new constellations will encourage people of all ages to develop an interest in space and work to inspire a new generation of astronomers.

Bolt, who retired from competition following the IAAF World Championships in August 2017, won eight Olympic gold medals during his career, as well as 11 world titles, which solidified his reputation as the greatest sprinter in history.

Currently, 88 constellations are officially recognized by the International Astronomical Union.