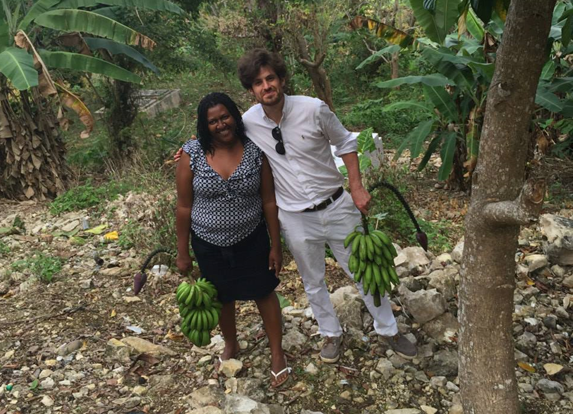 Ross Kenneth Urken is the author of the book “Another Mother” that chronicles the life of his Jamaican Nanny Dezna Sanderson and his visits to Jamaica to learn more about her.  In the book, Ross writes about being a Jewish American growing up with his Dezna Sanderson, his yearning to learn more about her after her death, his kindred feeling to Jamaica & its culture and his visit to the island.

Ross is an American journalist who has written for The Washington Post, The New York Times, The Paris Review, The Atlantic, VICE, Tablet, National Geographic, Newsweek, New York, Esquire, The Wall Street Journal, Bloomberg Businessweek, Sports Illustrated, ESPN, The New Republic, Scientific American, the BBC, The Guardian, and Travel + Leisure. A graduate of Princeton University, he lives in Manhattan with his wife. Another Mother (Ian Randle Publishers) is his first book. 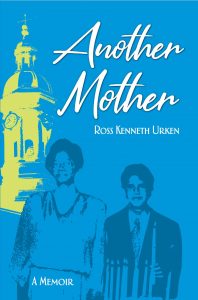 Q: Tell us about your book and why were you inspired to write it?
Another Mother is a tribute to Dezna Sanderson, my childhood nanny from Jamaica, and a chronicle of my quest as an adult to discover the true story of her life – with the help of her eight children. She raised me with so much love from the time I was 18 months old until my bar mitzvah such that she became what the book’s title suggests. But after she died when I was 23, I realised just how much I didn’t comprehend about her backstory, her provenance. A child can’t ask certain questions, after all. So as redemption for this missed opportunity, I set out to develop closer relationships with her family members and visit Jamrock to understand Dezna and, by extension, myself.

Q. What was your first impression of Dezna Sanderson?
Dezna arrived when I was so young that I never knew life without her. But her presence was imbued with such a sense of calm and grace that informed my initial understanding of her, one she bore out over the course of our time together. Part of that stemmed from her connection to nature; Dezna would take my sister and me on walks through the neighborhood and the forest behind our house – among foxes and flying squirrels. She caught black-capped chickadees in her outstretched hand, and we spent time inspecting helicoptered maple seeds and stomping on the spikey seeds of the sweet gum trees. In the evenings, as I recount in the first chapter of Another Mother, Dezna, my sister, and I would watch Jeopardy! and Wheel of Fortune, and in the morning, Dezna and I would be the early risers – just us with tea as she guided me through the print copy of The New York Times. Amid the volatility I experienced in my childhood, Dezna instilled a soulful connection to nature, a routine of equipoise, and a disciplined literary push. 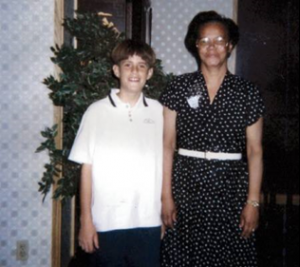 Q: Did she speak Jamaican patois to you and your sister?
Dezna spoke mostly English to my sister and me, but she mixed in patois grammar, syntax, and vocabulary. And when she spoke to relatives over the phone in her gentle, yet percussive sing-song, I absorbed her melodies through osmosis. Though the inflection of my speech is influenced by Dezna’s subtle St. Elizabeth lilt, I cannot speak true patois. I can understand it pretty well – even in its extreme rapidity. Except maybe right when I get off the plane at Sangster or Norman Manley – I feel like I always step on a rake with a customs agent in my cloudy state. I’m like, “Wah yuh seh?” In any event, I’m grateful that Dezna’s language has textured the richness of how I articulate myself and communicate with the world.

Q: Is there a Jamaican patois expression she often used that you will always remember?
“What is joke to you is death to me.” Dezna said this when I was fooling around and not doing as I was told. It’s such a perfect expression in its efficiency and severity. Dezna was infinitely kind and patient, but when you heard this phrase, you knew she meant business. Somehow growing up I thought this was a Dezna-ism, but I disabused myself of that notion when reading The Gleaner in Spanish Town back in 2015 and seeing this idiom in a headline. I burst out in laughter. Dezna seemed to be following me on the page. 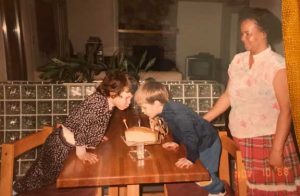 Q. What was your first reaction to Jamaica when you visited? Was it what you imagined from the stories you heard from Dezna Sanderson?
In her stories about eating fresh mango on the porch in the morning and walking down the road, among breadfruit trees, with an unleashed goat, Dezna presented Jamaica as a pure, homogenous paradise to me – sun-soaked and shapeless in its verdure. In visiting, I realised just how different distinct parts of Jamaica are – from the resort-y vibe that dominates parts of MoBay, to the funky vibrancy of Kingston, to mellowness of Alligator Pond, to the oneiric pineapple groves of St. Elizabeth dotted by rum shacks. Dezna, as I say in the book, sold me the storybook parts of Jamaica through omission. The island doesn’t have one experience nationwide, and as with everywhere, not everything is always rosy. The ingenuity of Jamaicans gives me supreme faith they will continue to preserve and improve this bit of paradise in the Caribbean. There is a sense of zen and chill I feel when I visit Jamaica – a returning to a homeland for a special part of my soul. That will never change. But each experience is different as I encounter new parts of the Rock.

Q: Did you feel any closure with your visit to Jamaica?
For this book, I went in search of Dezna’s story, and in gaining a thorough look at her life, I found both a more complete understanding of myself and a new relationship with her children and grandchildren that will continue her legacy by linking two families. That has been most cathartic for me – to know that though Dezna left us much too soon, we are continuing her teachings and honoring her legacy together. 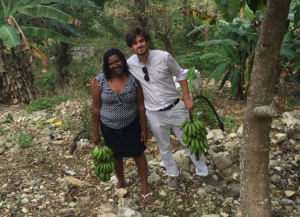 Q: I won’t want to give away too much of the book but what was something you learned about Jamaica that surprised you in your research?
I didn’t realise just how many people emigrated from Jamaica in the 1980s, the decade of my birth, to move to Toronto, London, and New York. Some 200,000 people left the island during that time – most of them women – and many worked as nurses and nannies, hence the phenomenon of the Jamaican nanny in American society. It’s funny, because inevitably, there’s always a Jamaican presence in my life as a result. I had hernia surgery a couple years back, and sure enough the nurse during the procedure was Jamaican. Before I went under, the last thing I remember was hearing Bob Marley music she chose blasting from the speakers in the OR. I got a call a few days later from the nurse for a routine courtesy check-in, and just hearing her voice put me at ease. Anyway, my venturing into the geopolitical reasons for the mass immigration during some of Jamaica’s more volatile years helped me develop a deeper understanding of why Dezna, and others like her, came to the States and how they have come to leave such a lasting impression here and backa Yard.

Q: Is there anything you about Jamaica and Dezna Sanderson that you wish you had included in the book?
What I’ve included in the finished book is what I believe to be the best distillation of the narrative – from an emotional and structural perspective. Something I had considered including: tracking down the father of Dezna’s first child to, I don’t know, take him to task for abandoning her and also to get his insight into Dezna’s early years. But the man, who is 90 and living in either the UK or California, has changed his name and proved difficult to find. Though I may have gotten a different lens into Dezna’s past through him, it felt a bit like a fool’s errand and not in keeping with the vibe of the book. It’s not necessarily about fighting old battles but rather about celebrating her life and triumphs.

Q: What Jamaican food do you love?
I always have a jones for a proper Jamaican breakfast – ackee and saltfish, Johnny cake, callaloo, plantain, dumpling, and Blue Mountain coffee with condensed milk. Dezna always cooked boiled dumpling and would fling a piece of butter on top. In all of my trips to Jamaica, I’ve never found a restaurant or person able to recreate the perfection she brought to boiled dumpling. Perhaps part of the true flavor descends from its attachment to a place and time with Dezna – the memories enhancing its savory power.

Q. Are there Patois words or Jamaican terms that you find yourself still using?
I use “blessings” flagrantly, unabashedly. It is my most common valediction in electronic correspondence and a favorite salutation of mine for in person oral delivery. I find it funny that in American culture, one where we’re so jaded, the extension of a greeting and sincere wishing is often met with cynicism. It’s somehow too pure. But because of that, I enjoy pushing the envelope and leading with positivity and authenticity in a Jamaican fashion.

Q. Thanks for the interview. Do you have any closing thoughts?
It is my sincere hope that Another Mother will continue to resonate with Jamaicans. I will be on the island March 1 – March 8 for my book tour, mostly in Kingston but also in Montego Bay. I will be posting details on my website soon. It would be an honour to see as many people as possible at the various readings and events.