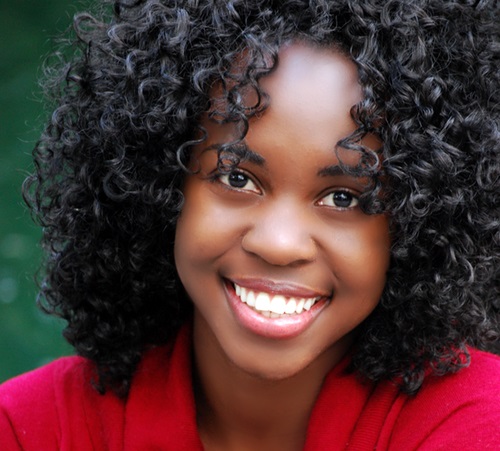 Phylecia Renae has taken her love for her rich Caribbean roots and has channeled it into Di Riddim Sweet, a show that airs on CIN TV and OCTV. The show aims to propagate how Caribbean culture influences both local and worldwide businesses.   Born in Kingston Jamaica, Phylecia Renae relocated to the United Sates under the guise that she and her brother were visiting the U.S for back to school shopping; however, her visit to the U.S was long-term.    Renae’s love of the theatre and performing brought her to New York, where she discovered that good roles for black women were few and far between.   Armed with the skill of editing, Renae was determined to combine her love for her Caribbean culture, acting and theatre, meeting and talking with people on her own terms.  Having earned her bachelors degree, she went on to pursue a degree in education while she continued to explore the different ways that she could turn her passion into a reality. During her first year as a special education teacher, Renae felt a void that could only be filled by this passion. Armed with inspiration from Ms. Louise Bennett, Renae purchased camera equipment, and began reaching out to local Caribbean owned businesses. Before long, Di Riddim Sweet was born. Here is our conversation with Renae.

Q: What was your biggest challenge getting your show started?
The biggest challenge with getting the show started was actually getting started. Self doubt kept delaying this passion project, but once I decided that the show was a necessity, I bought a camera, a macbook and editing software and never looked back. 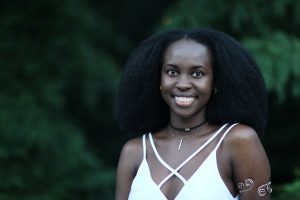 Q: You are also an actor and model. Tell us how you got into acting, performing and modeling?
There is no real story about how I got into performing. If you ask my father, he’ll tell that you it started at birth (haha!) But when I realized that I was in love with the rush I felt from performing, I started exploring different venues, which lead to my being a TV host.

Q: Who is an actor your admire?
An actor I admire is Kimberly Elise. Her versatility is incredible and the fact that she has never taken an acting class, but is able to convey just about any character with ease is awe-inspiring.

Q: What is your dream role?
My dream role is to have a show on the travel channel, ideally traveling the islands, exploring and explaining caribbean culture through its people, music, food, beaches, etc

Q: What you want the audiences to say after watching your show “Di Riddim Sweet”?
“What a show sweet!” Haha. I often refer to Di Riddim Sweet as a ‘taste mout.’ Di Riddim Sweet teases the palette and makes you want to go out and research the individuals that are featured, in order to try their products and services for yourself. I want the audience to see that my heart and soul are involved in making the show come alive on screen in the way that I film and edit the show. I also want them to be so hooked that they keep coming back for more and sharing it with friends and family.

Q: What is your favorite feature/interview so far?
My favorite feature thus far is when I learned karate at Red Tiger Jiu Jitsu with Kyoshi Foster. My masters degree is in Special Education and I have been teaching in that field for quite some time so seeing those kids on the mat, doing an activity that requires discipline and confidence was remarkable. I even remember editing that feature and smiling the entire time from seeing how the kids perform. I am also, of course, an adrenaline buff, so when I got the opportunity to hit the dojo and learn a few moves for myself, I was on cloud 9. 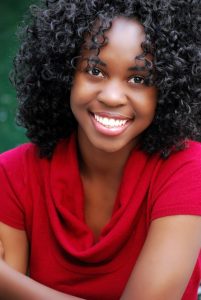 Q: Do you have any new projects in the works?
I do! My new venture is called “Out Of Many.” The premise of the show is to travel the world to see how Jamaica has influenced other cultures, and how other cultures (namely those in Africa) has influenced the Jamaican culture. There are so many similarities between our culture and Ghanian culture. There is also a vast community of young people in places like Korea and Tokyo that is heavily influenced by Jamaica, so much so that patios has been infused in their language. I find this fascinating and as soon as I have the sponsorship to back “Out Of Many,” I am hitting the road.

Q: If you could eat only one thing for the rest of your days, what would it be?
Oxtails. No question haha! Then wash it down with some jelly water.

Q: A movie I never get tired of watching is…
Don’t laugh! My favorite movie of all time is Disney’s Hercules. I watch it at least once a week and know all the words from start to finish! (haha!)

Thank you for spending the time with us and all  the best.