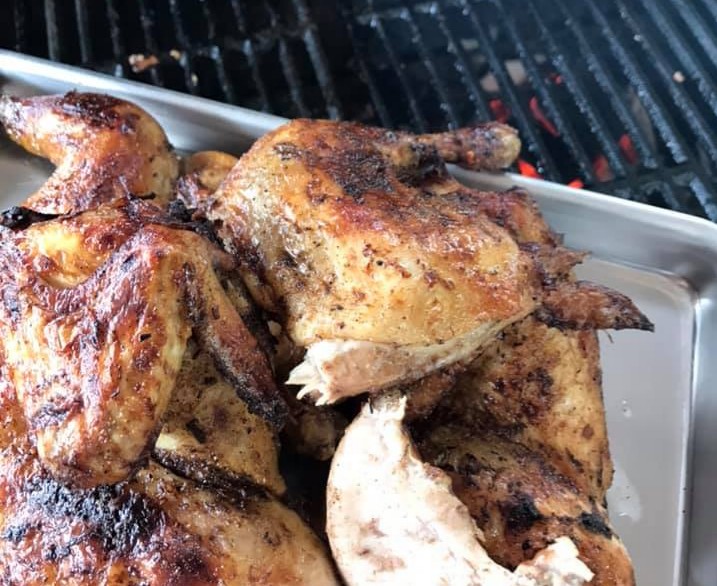 In June of 2019, the established and very popular Delta Diner, which has been operating in the Northwoods of Wisconsin along County Highway H since 2003, opened The Tin Tap House & Chicken Shack. The Delta Diner, so famous for its innovative cooking, commitment to using local products, and a no-tipping policy, has drawn customers willing to drive two hours to enjoy its atmosphere and dining options. The addition of The Tin Tap House & Chicken Shack, which is located in a couple of modified shipping containers with an open-air space between them, offers diners additional pleasure, including imbibing local craft beer and Jamaican cuisine.

The new venue is the idea of the diner’s owners Todd and Nina Bucher, in 2013, decided to add to the existing operation in order to accommodate the higher volume of business occurring in the non-winter season. The new dining venue offers a counter and booths and has space for 48 customers. According to Todd Bucher, the couple wanted to provide a parallel dining experience at the site but with differences from the original operation. 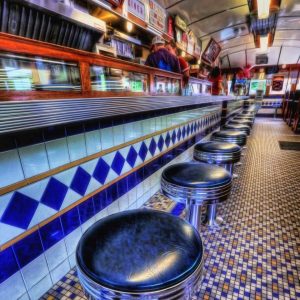 As Nina Bucher and her friends had been taking annual trips to Jamaica for the past 20 years, meeting another couple who have a jerk pit in Montego Bay, the Buchers “have really gotten into jerk spice” said Todd. Their love of the jerk flavors inspired them to create the Chicken Shack” concept. They then joined in a partnership with the Superior Earth Rider Brewery, which agreed to provide them with beer for the new restaurants nine tap lines.

While Todd and Nina were celebrating their wedding anniversary in the Bahamas in March 2018, Todd took a photograph of a Bahamian beer and texted the picture to Frank Kaszuba, director of the brewing operation at Earth Rider. Todd suggested that the brewery consider making a Caribbean-style lager. By the time he returned, Kaszuba was already in the process of brewing a light, refreshing Caribbean-style brew with a little lime zest.

Two 40-foot shipping containers were customized by the Stocor Portable Storage firm in Wisconsin Rapids. Special doors and windows were cut into the containers to accommodate the taproom, while the countertop, flooring, tin roof, and structural beams, and the chains that link the containers all comprise repurposed materials. Greg Wimmer, an artist, painted a mural based on beer labels from Earth Rider Brewery on one side of the containers, while on three sides of the Tap House he painted Jamaican-style art. The entire operation reflects the Buchers belief that dining at their restaurant should be as much about the experience as the food, although the food remains their focus.

The chicken served at the restaurant is grilled to order outside in an open-air shack in the Jamaican style as well. Instead of the pimento or sweetwood traditionally used in Jamaica for jerk dishes, Bucher uses a secret method that matches the flavor with Wisconsin hardwoods The chicken is lightly marinated prior to being dry-rubbed with in-house-made seasoning. It is then cooked over the coals and chopped up before serving. Side dishes reflect Jamaican cuisine as well and include callaloo, fry bread, and rice and peas. There are plans to offer jerk pork in the future.

The Delta Diner is open all year, while the Tap Shack is a seasonal treat open from Memorial Day to about the middle of October.