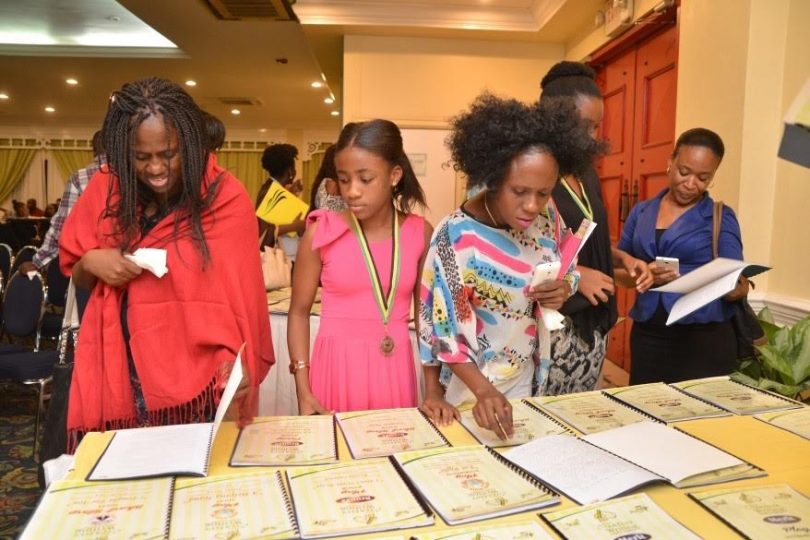 The award-winning pieces of the 2016 Jamaica Creative Writing Competition which are currently being showcased in the competition’s annual island-wide tour have now reached the Central Region, and will be on display throughout the parishes of St. Elizabeth, Manchester and Clarendon.

The penultimate leg of the tour, which was officially launched in a ceremony at the Santa Cruz Town Square in St. Elizabeth on February 6, will see the exhibition being hosted at the St. Elizabeth Parish Library from Monday, February 7 to Tuesday, February 21. From there, the exhibition will move to Manchester, where it will be hosted from February 23 to March 9, then on to Clarendon, from March 13 to March 27.

The pieces being showcased in the exhibition are from amateur and professional writers who entered their creative works in the categories: Poetry, Short Stories, Novels, Essays and Plays. In addition, persons also wrote and won special prizes under the National Health Fund’s theme “Healthy Living Reimagining Food… Healthy Eating on a Low Budget”, Nestle Jamaica’s theme “Eat Healthy…Exercise…Knock-out Obesity” and the National Road Safety Council’s theme “Protect your life! Use safety devices”.

The island-wide tour will see the winning pieces being hosted in parish libraries across all 14 parishes between August 9, 2016 and April 12, 2017. The exhibition will give members of the public the opportunity to appreciate and recognize the award-winning works.