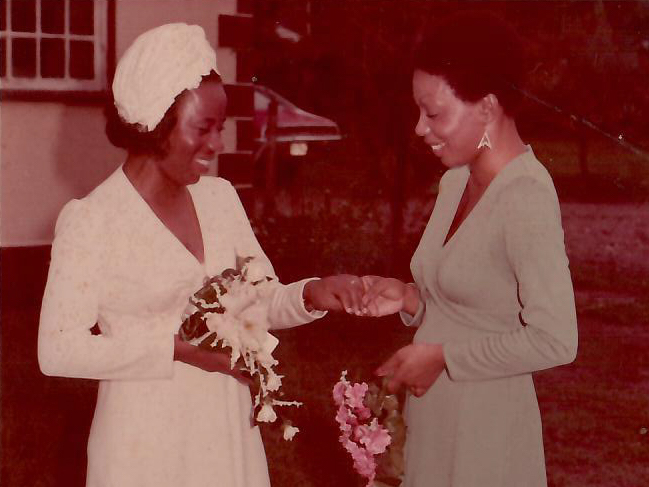 When I met my sister Velma, shortly after my 16th birthday , I looked keenly for some resemblance,  but  saw only the shape of our father’s chiselled  lips and his thick springy hair. She was working at the St. Elizabeth Parish Council’s offices in Black River as a secretary. I later learnt that he had been instrumental in securing my employment as a junior filing clerk. So, I entered the world of work under the eagle-eyed supervision of my newly-acquainted big sister.

The capital of the parish of St. Elizabeth located at the mouth of the Black River, was , in the C18th and C19th centuries, an important  seaport town and transhipment centre, noted for exporting logwood tree trunks to England for dye making, along with rum, pimento, sugar  and cattle skins from the Holland, Vineyard and Fullerswood plantations. But that was not all it was noted for, from the onset of the slave trade into the early C19th., slaves were auctioned at the Farquharson Wharf  which still stands today.

In 2007, on the 200th anniversary of the Slave Trade Act of 1807 which ended the trade, a monument was raised in Black River to memorialise the Zong massacre of 1781, when more than 132 slaves were thrown overboard because there was a shortage of water on board. The incident gave impetus to the Abolitionist Movement.

Today, Black River is a centre for environmental tourism.

I  boarded at the then Black River High School run by Velma’s pastor in the Brethren Church, the young and handsome Pastor Aubrey McGann and his pretty, lisp-tongued chubby wife. I shared a  dormitory with three students. The experience was new and exciting. We lived upstairs the classroom in an old historic building on the landward side of the main street, with balconies overlooking the street and the sea. We went to sleep with the sound of the waves crashing against the retaining wall and spilling over onto the street and the hapless night walkers. We had mini-sermons mornings and evenings before meals, when we were taught Christian principles. 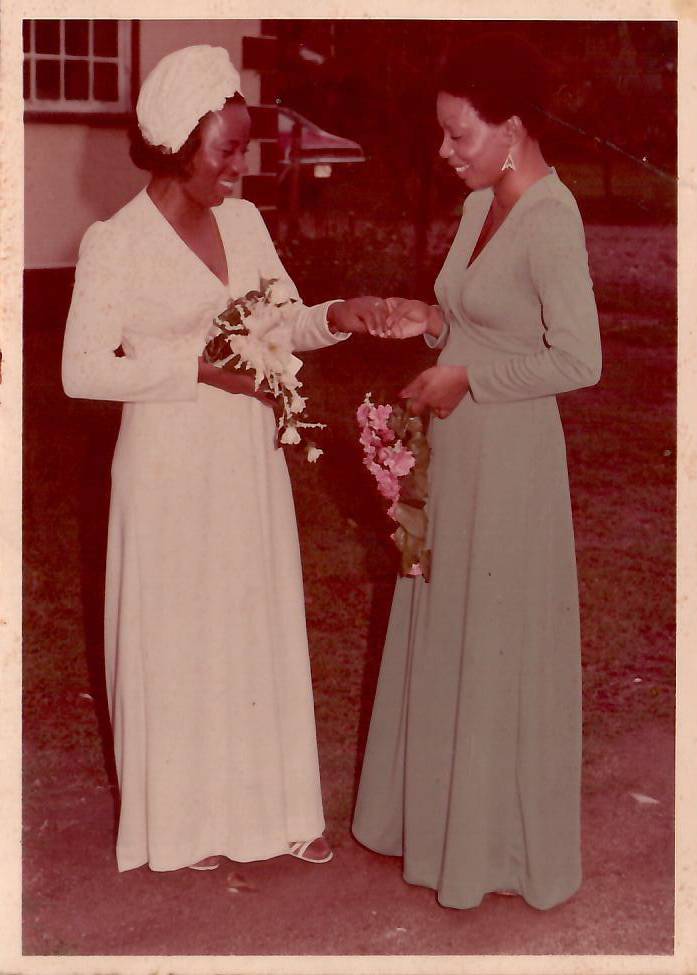 Every evening at dusk, the mosquitos descended like hives of bees. Those were not the days of sophisticated mosquito destroyers, battery-operated zappers, and vape mats. We used the good old rolled-up newspaper, or smoked them out by setting fires using damp newspapers and kindling before their arrival. After a two-hour onslaught, they disappeared to reconnoitre for the next evening’s attack. The swamp and marshlands to the east of the town also bred sandflies. So between the mosquitos and the sandflies we were kept busy warding off their respective attacks.

Social life consisted of visiting the sulphur spring beside the hospital. It was said to have curative powers for both the old and the young and romances were sometimes consecrated there. Not surprising, considering the dearth of activities for the young. The ‘spring’ was actually a large  shallow bubbling hole in the ground from which emanated a strong  smell of sulphur – reminiscent of my high school, lab days – which, after the initial assault on your olfactory senses – you got accustomed. After your ‘bath’, you rounded off the afternoon’s experience by indulging in the exciting dietary pleasure of sea plums from the trees by the beach. There was no cinema in Black River and I got the distinct impression from both my sister and the McGann’s that cinema fare would have been frowned upon. True Christians do not attend such places of sin. Years later I learnt that the goodly Pastor McGann had ‘sinned’ and was thrown out of the Church.

It was a novel experience to have an older sister. An only child like me, I suspect it was also novel for her. However, Velma took her position as older sister very seriously. She warded off all potential male interest like a fierce mother hen guarding her baby chick from the marauding mongoose or chicken hawk, particularly from Roger Samuels a lanky soft-spoken young man in the Accounts Department. She was extremely efficient in her job and disciplined in the practice of her religion and her studies for entrance to law school in England.

I spent my spare time indulging my favourite hobby – reading. The parish library was a stone’s throw from the library. Everywhere was a stone’s throw from everywhere else in Black River. The hub of the town was a drug store, owned by the legendary Dada Allen, who wore several hats – chief of which  was the Jamaica Labour Party’s  Member of the House of Representatives, as the elected  representatives were called in pre-independent Jamaica, after which they became Members of Parliament.  Dada Allen was a corpulent black man with an elongated bottom lip that seemed to get in the way of his speech. He spoke with the slur of the inebriated. On any day he could be found seated at the front of his drug store. It was widely rumoured that you could get anything and everything to cure any illness, genuine or inflicted, at Dada Allen’s drug store

The look of the drug store gave some veracity to this rumour. It was dark and uninviting, as was the hulk of the man seated there. An ardent lover  of Greek mythology, to my fanciful mind, he reminded me of Cerebrus, the three-headed dog who guarded the entrance to the gates of Hell  and prevented the spirits of the dead from escaping. I avoided gong to Dada Allen’s drug store. He and his shop reminded me of Elfreda Senior of my younger days at Hillside.  In time, Dada’s much trumpeted political invulnerability  was destroyed under the onslaught of the People’s National Party’s National Workers’ Union organiser Vincent Morris, who unseated him.

In about the sixth month of my sojourn at the offices of the Council, the St. Elizabeth Parish Library advertised a vacancy for a Library Assistant. Encouraged by my sister and Mr. Samms, a senior member of staff at the Council, who  was also the Chairman of the Parish Library Committee, I applied for the position.  It turned out that they were actually looking for a qualified Librarian to manage the entire parish operations and therefore needed someone with experience. They had already found a suitable individual in the person of Stephney Ferguson, who was working at the St. James Parish Library. The advertisement was therefore a mere formality as technically the position had already been filled.

I had my first formal interview and I was very nervous. The interviewer was a tall, imposing woman, Mrs. Joyce Robinson, Director of the Jamaica Library Service (JLS), with headquarters in Kingston, and who  coincidentally, had grown up in  the same house in which I was boarding. Within a month I received a job offer for the position of Library  Assistant from the headquarters of the Library Service on Tom Redcam  Avenue – now Drive –  in the recently-established Schools Library Bookmobile Service, to cover the parishes of Manchester, Clarendon and St. Elizabeth., with headquarters in Mandeville. I was required to report for  training immediately. Indispensable I was not, so I said goodbye to Mr. Nembhard and my sister and, with their best wishes and strict instructions, headed for the fleshpots of Kingston, to the house of my grandmother who by then had moved from Hillside to Haldane Avenue in Kingston..  As I embarked on what I recognised was a momentous journey in my life, my emotions ran riot. Excitement and angst. Fear and trepidation. Determination to succeed. Lack of confidence that I could.