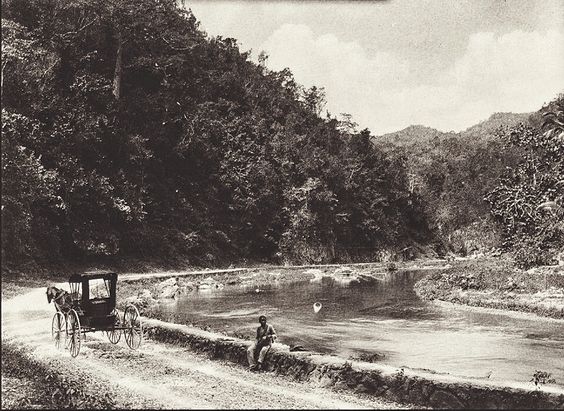 The Bog Walk Tube was once the largest pipe in the world. It brought water to run the turbines in the Bog Walk Power Station, which provided electricity to Jamaica in 1904. On June 24, 1904, as people waited in Spanish Town and other areas surrounding Kingston for the tram cars of the West India Electric Company that would carry them to work, no cars came. No one was sure what had happened, but later that morning it was revealed that there had been a terrible accident at the Bog Walk Power Station: the eight-foot-in-diameter, 6,200-foot-long pipe that brought water from the Rio Cobre River to the power station had experienced a rapid rise in water, and dozens of workers cleaning silt and debris that collected in the pipe and impeded the flow of the water were drowned. Only a shell of the pipe, which weight 1,700,000 pounds and was held together by 260,000 rivets, remains today, a testament to one of the worst accidents in Jamaica’s history. Some 80 men were working in the tube the morning of the disaster. Of those 33 died. While there were no survivors, it is thought that three men became panic-stricken when the waters began to rise and had all attempted to get out through a 2-foot-8-inch manhole at the same time, creating a “human plug” that entombed the 30 other workers behind them. The power station is now closed, and the tram car system was replaced by buses in the 1930s.