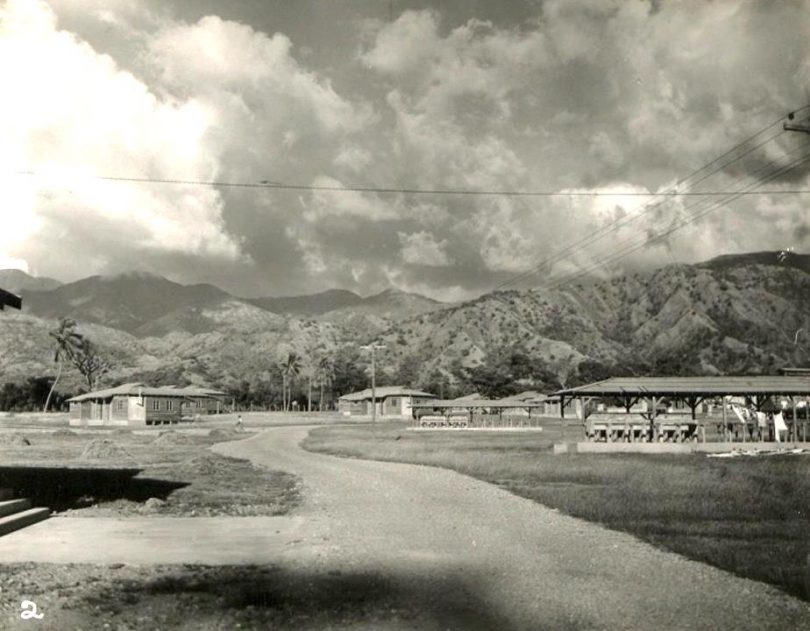 In 1940, the British ordered the establishment of an evacuation camp for 7,000 to 9,000 civilian residents of the United Kingdom’s war-threatened Mediterranean colonies of Gibraltar and Malta. Gibraltar has been a British colony since 1704. During World War II, its population was relocated to Britain, Madeira and Jamaica so that the Straits of Gibraltar at the entrance to the Mediterranean Sea could be fortified against the Germans. By 1942, 1,500 Gibraltarians were in Jamaica, housed on the former Mona Estate (now part of the University of the West Indies property). The site was cleared, roads put in, barracks constructed along with stores and offices, and a police station, hospital, and cottages for senior staff members and the Catholic nuns and priests charged with monitoring the refugees would be housed. Thousands of Jamaicans  welcomed the first 1,104 Gibraltarians to arrive on the island in 1940. The camp was first run by a Major Henry Simms; his residence is one of few buildings from the era still standing. It currently houses the offices of the University of the West Indies Development Foundation.