Despite Dr. King, skin color more important than ever 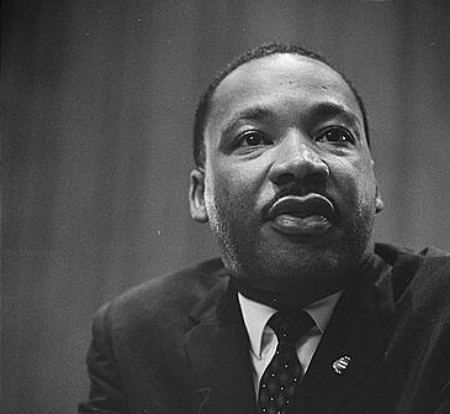 “I have a dream that one day this nation will rise up… live out the true meaning of its creed. Let freedom ring. And when this happens, and when we allow freedom to ring, when we let it ring from every village and every hamlet, from every state and every city, we will be able to speed up that day when all of God’s children, black men and white men, Jews and Gentiles, Protestants and Catholics, will be able to join hands and sing in the words of the old Negro spiritual: ‘Free at last, free at last. Thank God Almighty, we are free at last.’ ”

Is there anyone on the face of the civilized earth who does not recognize that quotation from Martin Luther King’s famous speech?

But I don’t believe as many people remember that his speech also included this passage:

“I have a dream that my four little children will one day live in a nation where they will not be judged by the color of their skin but by the content of their character.”

The way I interpret it, Dr. King was pleading for a color-blind society. The way I see it his four children – now adults – live in a nation where skin color may be more important than ever.

Black residents of the United States are unarguably more “free” today than they were when Dr. King gave his speech. (Let us ignore for the sake of this discussion, the preponderance of black men in American jails and on Death Row, the economic disparity that persists between most blacks and most whites, and the prevalence of racial profiling by law enforcement officers.)

What concerns me is that instead of moving toward racial equality, the United States has moved toward racial competition, with each ethnic group claiming special rights and privileges. Some Hispanics demand the right to enter and live in America without going through the normal immigration process. Some black youths manage to get into the best colleges without achieving the requisite high school credits. Some whites use their power and wealth to take advantage of the system and oppress other ethnic groups. Racial hatred has reached the point where nooses – the abhorrent symbol of the Klan – are cropping up again.

Why am I, a Jamaican native, decrying the condition of American society?

One reason, of course, is that I live in the United States, and my grandchildren are Americans. Another reason is reader Lucy Wood’s anguished response to my recent column proclaiming Jamaicans “a race apart.”

“I was devastated to read this article,” Ms. Wood said in last month’s edition of Jamaicans.com. “I am a South African who together with my countrymen are desperately trying to shake off a system which defined us wholly based on our race.”

The last thing I would want to do is to hurt Ms. Wood’s feelings. And I want her to know that I am deeply sorry if anything I said offended her.

My eyes fill with tears when I think of the pain that black South Africans have endured over the years. My blood boils when I recall the injustices of Apartheid and the slaughter of black protesters by South African authorities.

I want Ms. Wood to know my fault lies in the way I expressed my feelings, not in the way I feel. She is dead right when she says:

“I think what Mr. Graham was trying to convey was a sense of pride in being Jamaican, in honoring customs which are shared on the island and in developing a shared cultural identity based on the diversity of history (perhaps ‘ethnicity’ which is a category based on shared customs and bonds would be a better term). Surely he is not suggesting that race should be kept as a category and that we should still use it to define ourselves?”

And I agree completely when she adds:

” ‘Race’ is a socially and historically constructed categorization of people based on socially significant and observable physical features. These categories are then often linked to value-driven attributes such as intelligence. This means that the very reason for the existence of ‘race’ is ‘racism’.”

I disagreed with nothing in Ms. Wood’s article. She is not only right but bright!

I certainly do not want to add to the racism already rampant (and on the increase?) in this cockeyed world. To me “a man’s a man for all that,” as the Scots poet Robert Burns declared.

Perhaps I should have talked about a separate “cultural identity” instead of a separate “race.” But what I was trying to convey was my deep sense of Jamaican-ness, which has nothing to do with the color of my skin, the texture of my hair, or the length of my nose. It has to do with the heart.

And my heart goes out to Ms. Wood and all those South Africans who are still striving to wash away the stain of unjust racial branding. Rock on, sister! Rock on!

George Graham is a Jamaican-born journalist and author who has worked as a reporter in the Caribbean and North America for more than half a century. He lives in Lakeland, Florida. His books, “Hill-an’-Gully Rider” and “Girlie: A Love Story,” are available at http://stores.lulu.com/georgeg.