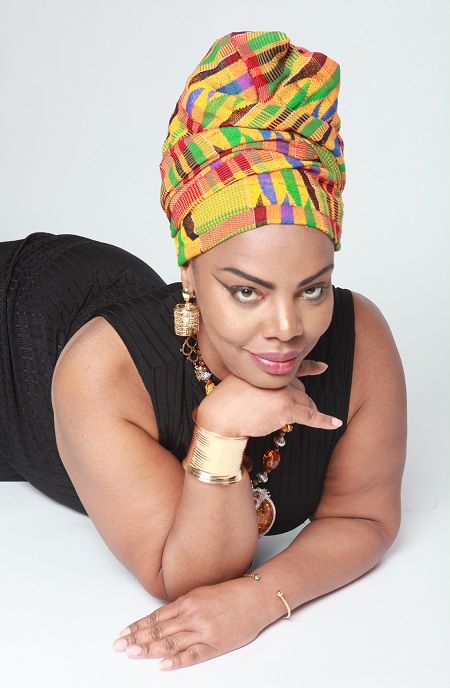 Award winning Jamaican actress Dianne Dixon has joined the cast of the World Premiere musical Falling in Love With Mr. Dellamort which opens for a limited run at the legendary Slipper Room in Manhattan on Wednesday December 6.

Described as a comedy musical with a distinctively gothic twist, the production has drawn comparisons to The Rocky Horror Picture Show and features book and lyrics by Jack Feldstein with additional music and lyrics by Paul Doust. The show is directed by Ella Jane New.

Dixon plays the role of Mina, a lonely and ageing diva who, along with two other guests, inhabits the South Carolina guest house of the mysterious and charismatic Jonathan Dellamort (Paul Saylor). Seemingly under the spell of their strange host, the lives of Mina and her fellow inhabitants are thrown into even further chaos with the arrival of an innocent new guest named Sue (Chandler Reeves), who may or may not be all she appears to be.

Her appearance in the musical caps a busy year for Dixon, a two time Audelco Award nominee and a past recipient of the New York City Council Award for Excellence in the Arts.

She was already seen onstage earlier this year in the New York revival of Niccole Nero Gaines’ Hair’itage- The Play at The Black Lady Theater in Brooklyn as well in the world premiere staging of Kenyan playwright Kenny Mann’s epic poetry –drama Naisula at The John Drew Theater in East Hampton.

Onscreen, she completed a guest starring role in the Emmy award winning web series We Are New York and also played the mother of Nigerian hip hop star Mannywellz in two yet to be released music videos- Watermelon and Hand Of God – which will be part of the video album to accompany the release of his latest cd.

The Jamaican born Dixon emigrated to the United States as a teenager and made her Off Broadway debut at the Producers Club in the comedy Nine to Five Government Style.

She has since emerged as one of the most popular and respected Caribbean actors in New York, whose resume now includes Jamaica- The Musical, Ain’t Misbehavin’ and Flambeaux, which swept the 2015 Audelco Awards for Excellence in Black Theater, winning six awards including Best Musical.

Also joining Dixon in the cast of Falling in Love With Mr. Dellamort are Matt Zan Fagna (Barry) and Stefanie Londino (Rhonda).

The show will play at The Slipper Room as a Guest Event with shows on December 6, 13 and 20 at 7:30pm each evening.

The Slipper Room is located at 167 Orchard Street on Manhattan’s Lower East Side.