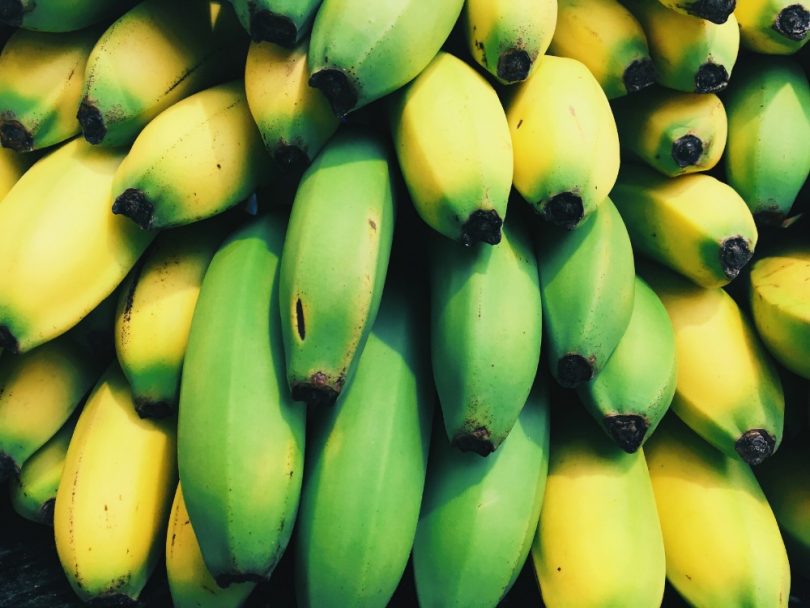 It is believed that bananas developed in the hot and tropical climate of southern Asia and that it was one of the first foods actively cultivated by humans. Bananas require a climate where temperatures range between 10°C and 40°C, a range found between the latitudes of the 30S and 30N.

Historians believe that Alexander the Great and his armies found bananas growing in the Indus River Valley in about 326 BCE as they marched through India in an attempt to reach the ocean. The first written reference to bananas appeared in the works of Yeng Fu, a Chinese official of the Later Han Dynasty in the Second Century AD. The fruit was called the “food of the sages” by Pliny in around 67 AD.

The actual word “banana” is believed to be of African origin and referred to a fruit in the African Congo. In the 1500s, when the Spanish began their travels to what they called the New World, they brought bananas with them. The first banana root in San Domingo is believed to have been brought there by Friar Tomas de Berlanga, but according to some botanists, bananas were found in the area long before Columbus arrived.

The Gran Michel variety of banana is said to have been brought to Jamaica by Jean Francois Pouyat, a French botanist and chemist who settled on the island in 1820. He brought the fruit from Martinique to his coffee estate in order to diversify its production. The Agricultural Society in Jamaica gave Pouyat a doubloon for introducing the valuable variety.

Thanks to advances in shipping and refrigeration, bananas can be transported over long distances. The Imperial Direct Line running between Bristol in England and Jamaica started shipping the fruit in 1901. This firm was taken over by the United Fruit Company in 1910. The banana industry in Jamaica took a downturn in the 1940s due to diseases to which the Gros Michel variety was not resistant.

To propagate bananas, it is necessary to divide the main stem or to plant suckers that are out-growths of bunds on that stem. When it begins to flower, a large red bud emerges from the center and extends down to gradually open, exposing tiered rows of small flowers. Each one becomes an individual banana, also known as a “finger.” Each row of flowers could have 14 to 20 fingers, which make up a bunch, or “hand,” and as the stem develops, seven to nine hands form. After a plant has produced fruit, it dies, but a new plant has already started growing from its base. The entire process lasts some 18 months. Bananas change color as they ripen, with yellower bananas have more sugar content and being sweeter.

Jamaica’s banana industry has faced challenges in its history, including hurricanes and diseases. Developments in global trade rules have also had an impact on the industry, as have technological developments, changes in consumer preferences, and other factors must be confronted by the local banana planters.

Photo by Scott Webb on Unsplash