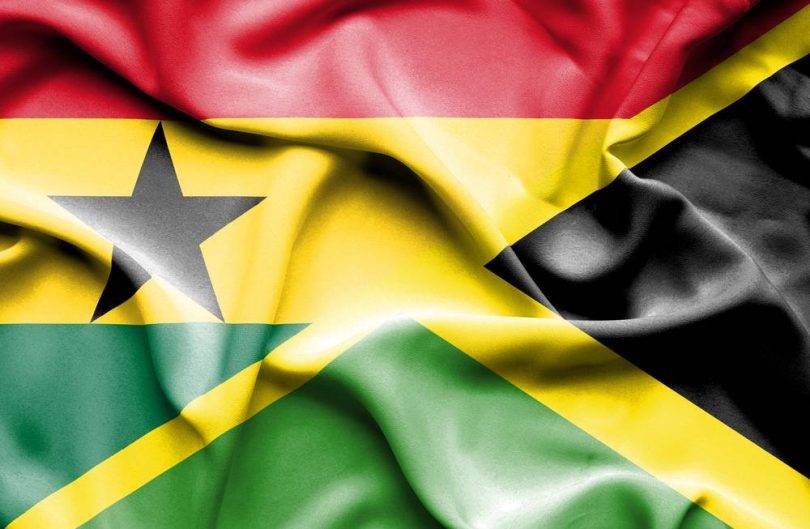 The Moravian Church, which had a presence in the West Indies beginning in 1754, evangelized the enslaved people on Jamaican plantations and established a training institute to prepare Jamaican men for Christian missionary work in the West Indies after slavery was abolished by Britain in 1834 and enslaved people in Jamaica were totally emancipated in 1838. It was one of the institute’s goals to send its graduates on evangelizing missions in Africa.

In 1840, representatives of the church’s headquarters at the Basel Mission decided to travel to the Caribbean to find descendants of previously enslaved people who they felt would be better suited to the West African environment than others as it was similar in climate to the West Indies. Another plus in favor of sending missionaries from the Caribbean was that the recruits did not have immediate family or clan ties to ethnic groups in Africa, which made them neutral agents in their evangelical efforts. The church sent several representatives to the West Indies in 1842 to begin the recruiting process, and with the aid of James Bruce, 8th Earl of Elgin, the Governor of Jamaica at the time, the Superintendent of the Moravian Mission in Jamaica, the Rev. Jacob Zorn, and others were able to recruit missionary candidates following a mass appeal across the island and a rigorous interview process.

The recruits included A. W. Clerk, who was already a trained mission agent; Joseph Miller, a farmworker with his wife, Mary, and children, Rose Ann, Robert and Catherine; John Rochester of Fairfield, a cooper, his wife Mary, his sister Ann and his son John Powell Rochester; James Greene of the Nazareth congregation, a carpenter his wife Catherine and son Robert; John Hall of Irwin Hill, Montego Bay, a rum distiller with his wife Mary and son Andrew; James G. Mullings of the Bethlehem church, a domestic servant with his wife Margarethe and daughter Catharine Elisa; Edward Walker of the Bethlehem church, a farmworker with wife Sarah and son John; David Robinson of Fulneck, a farmworker; and Jonas Horsford of the Grace Hill Church in Liberta Village in Antigua.

The 24 Jamaicans and a single Antiguan sailed from Kingston on February 8, 1843, on the Irish brigantine, The Joseph Anderson, and arrived in Christiansborg, Gold Coast (as Ghana was known then) on Easter Sunday, April 16 or Easter Monday, April 17, 1843, at about 8 pm local time (GMT). They had traveled for 68 days and nights and endured a five-day storm on the Caribbean Sea, a fresh-water shortage, and oppressive heat. They rested for a while on the coast before leaving for Frederikgave on May 10, 1843, to the old plantation of the Danish Governor near the Akwapim hills. Other than Clerk, who was a trained mission agent, the other recruits worked as skilled craftsmen in addition to their missionary tasks. Most of the missionaries relocated to Akropong and immediately built the first brick and stone houses in the area, naming their settlement “Hanover” in honor of Hanover Parish in Jamaica. A water well called “Jamaica” built by the Jamaican John Rochester and local workers in the 1850s or 1860 still exists in Aburi. Jamaicans performed the region’s first Christian in 1847 after a theological seminary was established at Christiansborg, Osu.

Today, the Presbyterian Church of Ghana recognizes Clerk and the other West Indian missionaries for their pioneering role in Ghana’s Protestant Christian movement, and the church retains much of the Jamaicans’ church liturgy, order, and discipline they brought to Ghana in the 19th century. The Presbyterian Church currently numbers nearly 1 million members or about 25 percent of Christian Protestants in the country and some four percent of its total population.