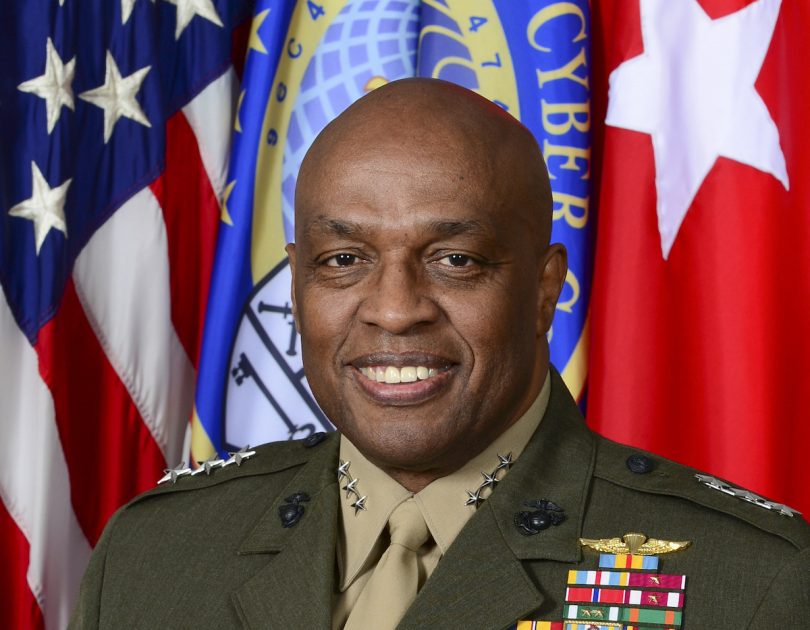 Retired Marine Corps Lt. Gen. Vincent Stewart made history in 2015 when he became the first Marine Corps. officer to become director of the U.S. Defense Intelligence Agency (DIA), the first African-American to hold the post, and the first Jamaican to do so. He served in that post from Jan. 23, 2015-Oct. 3, 2017. In that position, he oversaw the country’s global defense intelligence operation as the agency’s 20th director.

The Marine was born in Kingston, Jamaica, and attended Kingston College there before immigrating to the U.S. at the age of 13 in 1971. He earned a Bachelor’s degree in History from Western Illinois University in 1981. The same year, he was commissioned into the United States Marine Corps later that year.

He left his position as head of the Marine Force Cyber Command to become director of the DIA. He earned a Master’s degree in National Security and Strategic Studies at the Naval War College and followed it up in 2002 with a Master’s in National Resource Strategy from the Industrial College of the Armed Forces, National Defense University.

During his distinguished military career, Stewart was promoted to multiple positions and undertook a number of Department of Defense (DoD) assignments. His exemplary service was frequently recognized and he’s a highly decorated veteran.

Never one to sit idle, in Sept. 2020 Stewart was elected to The Aerospace Corporation’s Board of Trustees. He’s currently chief innovation and business intelligence officer at Ankura, an advisory and consulting company providing services on a global scale.