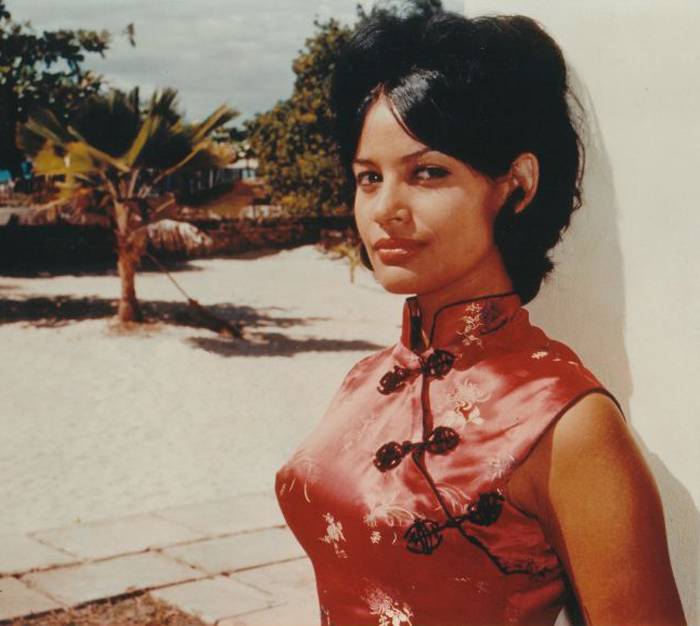 The Jamaican beauty queen Margurite LeWars was the very first Bond girl “villain” in the James Bond film franchise. She played the role of “Annabel Chung,” a photographer assigned to follow Bond, in the first James Bond film” Dr. No” in 1962.

LeWars was born in Kingston, Jamaica, in 1938, Her father was a town clerk, and her mother worked in the home. She was crowned Miss Jamaica in 1961, and represented Jamaica in the Miss Universe pageant in Miami, Florida, as well. She was serving as Miss Jamaica when she appeared in the film.

Her portrayal of Bond’s photographer in “Dr. No” was her only screen role, and it came about by chance when the production crew of the film encountered her at the Kingston airport. LeWars worked at the airport at the time, and the film crew decided to use her in the film. After first being offered the role of “Miss Taro,” which she did not want to play due to the sexual features associated with the role, she was offered and accepted the role of “Annabel Chung.”

When the DVD of the film was released, it included LeWars providing part of the commentary, and she revealed that makeup was used to make her appear to have Asian ancestry. She also stated in the commentary that her voice was dubbed over by the filmmakers without her prior knowledge. While she had been invited to London to dub her voice, she declined to do so. LeWars was also featured in a documentary about the film as herself.

LeWars now lives in Trinidad and Tobago with her second husband Kenneth Gordon. Her husband served as Transportation Minister of the country and is currently the chair of the Caribbean Communications Network (CCN) and president of theWest Indies Cricket Board. The couple has a son, Gregory, and a granddaughter who live in Vancouver. Her sister Barbara was married to the former Prime Minister of Jamaica Michael Manley.