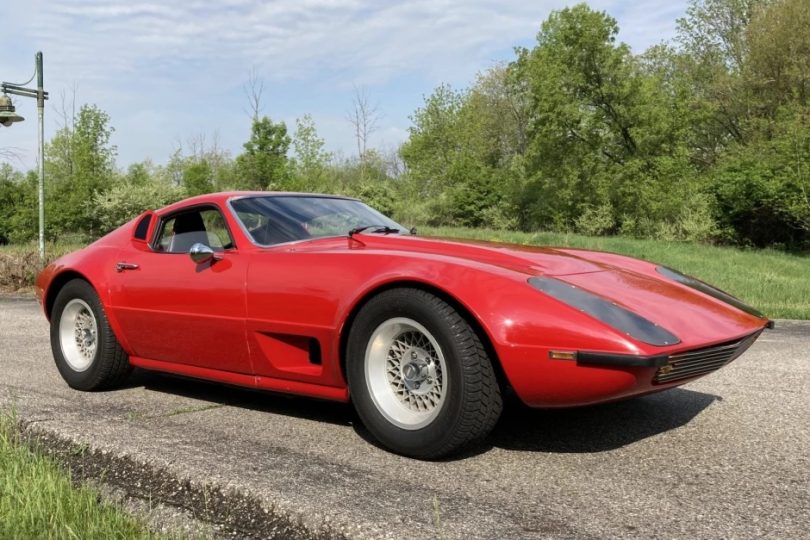 There is a sports car that is called the Fiberfab Jamaican II V8, and its story of its origin is both fascinating and tragic.

Fiberfab was an American car company in California that started out making body kits for cars like Corvettes. Fiberfab evolved from the firm Sports Car Engineering (SCE), which was founded by amateur sports car racer Warren “Bud” Goodwin in 1957. He sold it for a profit in 1958 to Du Crest Fiberglass, but remained interested in starting his own sports car company from the bottom up.

Goodwin founded the Fiberfab Company in 1964 with his partner John Hebler, and they began by offering lightweight body panels and kits for cars like Corvettes, Mustangs, and Jaguars for people who wanted to improve the performance and appearance of their rides. Fiberfab’s first line of complete fiberglass body kits launched in 1966. In 1967, the company started to produce the Valkyrie kit car, which was based on the Ford GT40 and claimed to be the fastest car in the world, reaching a top speed of 180 mph. Each kit was sold with a parachute as a standard piece of equipment. 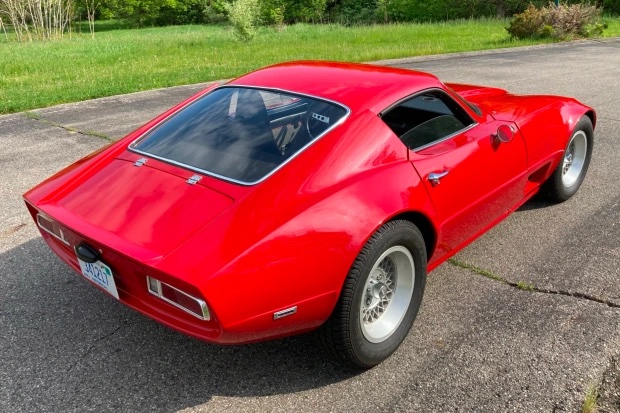 Tragedy struck the company, however, when founder Goodwin shot and killed his wife, Jamaica Goodwin. While the circumstances of the shooting were unclear, Goodwin was convicted of voluntary manslaughter and received a sentence of 12 months in prison. Just a few months into his sentence, Goodwin died of a massive heart attack.

The Fiberfab company managed to continue in business after the murder and released the Jamaican I in 1968. In a show of respect for Jamaica Goodwin, the company named the car in her honor, and it carried her name for the duration of its production run. Possibly influenced by the Lamborghini Miura, the Jamaican I kit designed by Chris Bebee offered a fiberglass body that would fit the chassis of a Triumph TR3, TR4, the MGA, or a large Austin-Healey.

While customers loved the styling of the Jamaica I, many Americans requested the company make a V8 version of the car. Fiberfab responded by developing a new steel chassis and a new wider and longer Jamaican body. This new chassis fit the Corvette V8 and running gear and also most of the V8s in production at the time. There was also a version that would fit a VW Beetle chassis for those who wanted a less costly alternative. With a Fiberfab tubular steel chassis and a fiberglass body, the Jamaican II came out in 1983 and was powered by a 5.7-.liter Chevrolet V8 engine and had all-independent suspension.

The exact number of Jamaican II V8s sold is unknown, but it is the most valuable and sought-after of all the Jamaican variants. The Fiberfab Company continues in business today following several changes in ownership over the years. According to its website, the firm plans to build new turnkey cars.