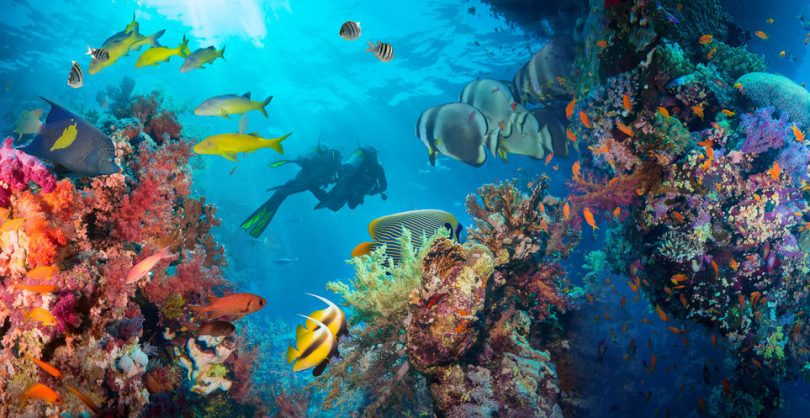 Deeperblue.com, a popular diving website, has listed the five best dive locations in Jamaica. While Jamaica is one of the top tourist destinations in the world, its desirability as a destination for diving has been somewhat under-promoted. In fact, Jamaica has more than 100 active dive sites, and their locations are generally concentrated around the most popular tourist destination of Kingston, Ocho Rios, Montego Bay, Negril, Port Antonio, and Runaway Bay.

In response to the damage to reefs resulting from hurricanes and destructive fishing practices, Jamaica in the 1980s took steps to encourage reef recovery and encourage the proliferation of depleted marine life. As a result, Jamaica became a founding member of the International Coral Reef Initiative (ICRI). Established in 1994, the ICRI created an informal partnership between countries and organizations dedicated to the preservation of coral reefs and their related ecosystems.

More than half of Jamaica’s 1,022-kilometer coastline features a variety of ecosystems, including harbors, bays, beaches, rocky shores, mangrove swamps, cays, estuaries, and coral reefs. The Cayman Trench is relatively near the country’s north coast. This means there are opportunities for excellent wall dives and pelagic encounters. And the country has stewardship over a marine area that is 24 times its land area. It has 1240 square kilometers of coral reef with about 64 hard coral species, 43 soft coral species, and eight black coral species. All in all, there are some great diving experiences to be had in this environment. With the chance to make wall dives, cavern dives, and drift dives, Jamaica has proven attractive for divers.

Some of the best dive sites in Jamaica include:

1. The Throne Room near Negril is frequently named as the country’s best dive. It is usually described as a cave dive but most of it is really a cavern dive with its entrance 49 feet deep. Its maximum depth is 70 feet, and there is an exit to open water.

2. Widowmaker’s Cave in Montego Bay was named for a James Bond novel, and it consists of a cavern or chimney dive. There is an opening on a reef at 35 feet and it then slopes down and exits at 80 feet.

3. The Catherine or The Kathryn-Caverns can be reached by boat from Ocho Rios. The dive site features the World War II Canadian minesweeper “Catherine,” which was purposely sunk in 50 feet of water. The “Catherine” is a short swim away from several caverns and caves. There are also several other dive sites near Ocho Rios, many of them are wall dives.

4. Port Royal Cays is located near Kingston. Port Royal, once called the wickedest city in the world. It was the second largest city in the New World until 1692 when an earthquake drowned it. This is now a protected area with many neighboring cays providing some great diving featuring numerous shallow shipwrecks and outstanding reefs.

5. Alligator Reef at Port Antonio offers more than a single dive site. There are five separate sites at Alligator Reef, each of which is suitable for a different skill level.